The most advanced encryption method and function of hackers in the current scene! 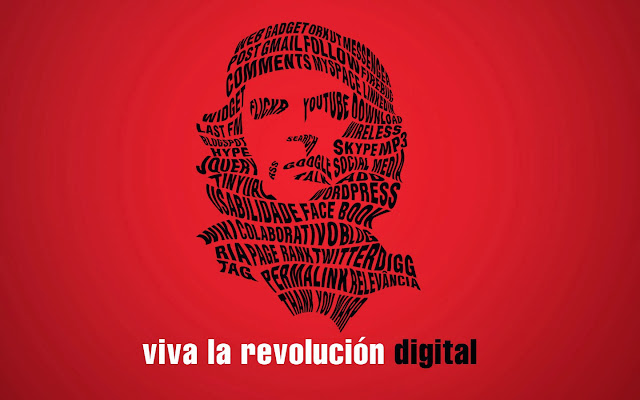 It is well known that philosophy hacker alters every decade, year, time, and your value. Currently the involvement of these citizens who assists the process of innovation, strengthens the technological knowledge base, the hacker culture has a fundamental relationship with the Brazilian and multinational corporate entities that dominate the IT industry.
Clearly, this scenario suffers the effects of information security, the more people involved in a project, more innovation and evolution is computer generated. Simple versions to illustrate how this concept is described are some open source projects and independent Linux distributions have been excellent.

Due to the advancement of technology  emerged the cypherpunks (the name derives from 'cipher', cipher code and punk) defend the right to freedom and privacy, making use of and contributing to the future of encryption and similar techniques in order to establish political revolutions and even social. Started in the early 1990s, the movement led to its peak during cyberwars and also in the period of Internet censorship better known as the Arab Spring in 2011. The term can be used to refer to any individual activist,security groups or for a general philosophy. First, cypherpunks advocate the use of encryption as a tool for data protection and personal privacy or corporate in a universe where information is increasingly available on the network.
The movement began with groups of information security in the late 1980s and early 90s who communicated primarily through mailing lists online, was strongly influenced by the hacker culture, concerns with the government, your personal data, civil law and the implications for supervision of superpowers. The hackers were the first to recognize the growing problem of online privacy.
To paraphrase Richard Stallman, “The use of hacker to mean security breaker is a confusion on the part of the mass media. We hackers refuse to recognize that meaning, and continue using the word to mean, someone who loves to program and enjoys being clever about it".

To answer this, hackers revolutionary or  “Cypherpunks” put themselves in front of a major challenge in coding and implementation of the technology required supporting the objective of the advent of encrypting files, data, and documents for secure anonymous networks, email, web browsing and financial transactions.
From the beginning, a number of groups of experts aimed at protecting the data and ensure privacy online. They have been responsible for the creation and dispersion of the software used to promote anonymity online. Heavily involved in political debates and issues that involve the use encryption.
The cypherpunks are a strong influence on the data encryption, they are generally well educated and professionally made, using the use of cryptography and computer programming, despite the implications of the term "punk", they cover a wide range of incomes, and ethnicities social classes. At a critical point in history where our data are drifting like garbage in the ocean, there was the awakening of the hacker culture creating and innovating techniques of privacy and anonymity.

Readers in mind various dimensions and critical thinking, stopped to watch through the eyes and mind of a hacker? Have you ever wondered how they act, how much need and responsibility affects their daily life, how to apply your strength or support any movement, as to base their ethics and politics, which made it so? Well, we're hackers, and like everyone else we want to do our part to contribute to a more just and egalitarian society, defend the right of freedom and expression.
Currently, encryption has evolved such that we think that we are vulnerable, we are just targets, there is the goal of obtaining unique security solutions for citizens, governments, military, health agencies and multinational companies, and finance departments legal, actually became essential to establish equilibrium.

There is only one encryption system known perfectly safe; all encryption methods ever conceived,only one was mathematically proven to be completely safe.
It's called "Vernam cipher or one-time pad“, the value of all other figures are based on computer security, this code is mathematically calculated to ensure autonomy and privacy. This means that the probability of breaking the encryption key using computer technology and algorithms currently available within a reasonable time, is not supposed to be extremely small, but impossible. Each cryptographic algorithm except the “One-Time Pad” can be broken given certain space of time, even though it may delay. Example, systems of public key encryption such as PGP, RSA is based on the following:
The security of these systems is simply based on the computational difficulty of calculation, to break this number N such methods should be followed, and by the time these systems are designed the best publicly available algorithms for factoring would take millions of years to factor a 200-digit number.
This does not logically exclude the possibility of technological invention capable of running at high speed factoring algorithms.
How do you know that the encryption system you use is really safe? Do you understand how it works?
Do you think if a government institution or military intelligence had a method of breaking cryptosystems that would advertise this fact?
Systems security is a matter of utmost importance for anyone with a natural distrust and those attracted to positions of power. The interception and decoding of personal communications can be literally a matter of life or death for some individuals.

The result of the work of a new and innovative computer technology known as the quantum computer, an algorithm for factoring now exists for factoring integers in linear time giants. It was created in 1994 by Peter Shor of AT & T Bell Laboratories. An engine to process quantum Shor's algorithm could factor a hundred digit integers in a few arithmetic operations in a matter of time fast.
Quantum computers are functioning prototypes exist information on the implementation of a scalable matrix inversion in the time optimized(SMITH).
In 1917,during the First World War,the American scientist Gilbert Vernam was given the task of inventing a method of encryption that the Germans could not break through by AT & T.
What was planned was the only proven unbreakable encryption scheme known to date. In comparison with most encryption systems is a very simple way. To use a one-time pad, you need 2 copies of the "pad” (also known as the key), which is a source of random data to the message you want to encode.
If the data on the ' pad' is not truly random, the security of the block is committed.
The 'pad' should never be reused, are unique and not reused. The decisive factor is that the 'pad' may be used only once, the purpose is “OneTime”, that is the point of this model. Its engine is based on the VOC technology (Virtual Cascade OTP) and fully resistant crypto analysis and is much safer as “Acid Cryptofiler”, used by NATO. This algorithm is designed for citizens who desire freedom and privacy, secret agents, agencies that operate in foreign countries, can be used by journalists, lawyers, doctors, police...
Random data to ' pad' should never be generated only by software.
It should be developed through processes, access to the hardware of a truly non-deterministic nature. If you intend to provide or secure highly confidential information through insecure channels, a telephone, and you need absolute certainty that there will be decrypted ciphertext is intercepted then there is no choice but to use the Vernam algorithm.
Labels: Cyber News, Hackers, Hacking
Share This To :
Newer Post Older Post