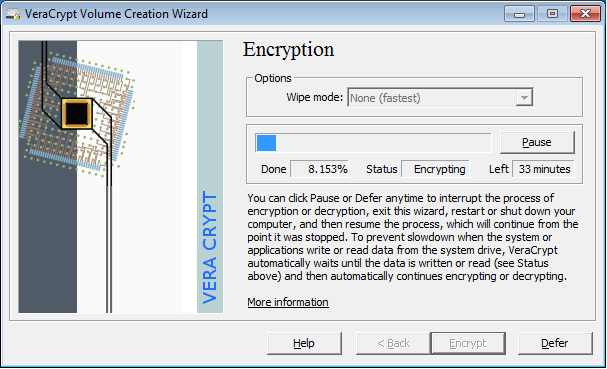 Introducing Veracrypt Open Source free disk encryption. This tool is provided by IDRIX. It adds enhanced security to the algorithms used for system and partitions encryption making it immune to new developments in brute-force attacks.

This tool is based on TryeCrypt. As we known TrueCrypt features are follows.
Veracypt enhanced security adds some delay only to the opening of encrypted partitions without any performance impact to the application use phase. This is acceptable to the legitimate owner but it makes it much more harder for an attacker to gain access to the encrypted data.

Its a free compatible software for disk encryption size has 3.27Mb and support to Windows Xp/2003/Vista7.