"I would like to share one of  Logical Bug in facebook groups. The bug I found was too simple to exploit but it had a great Impact.


If you are the admin of the group you can remove the users, add users, edit/delete posts etc..


But if you make a attacker admin then he also gets the same admin rights, The problem is you cannot remove the attacker from the group using this bug..


Now there are two cases:


If attacker is just user he can post anything on the group and Admin cannot remove the attacker.


But the problem is, this bug was already fixed on facebook pc site :( : www.facebook.com


Impact of this Bug:


* Its not must but needed – Admin rights


So assume that you are admin of a group and you gave admin rights to a User-A,


What happens when User-A blocks you is, you cannot remove the User-A from the group or remove the admin rights as the User-A wont be listed on members list. Now the  User-A will be in a group forever with admin rights, and the you will never be able to remove User-A. The worst thing is if you go to group members list the User-A wont be listed, So as usual you think that User-A has left the group but secretly User-A can do all stuffs on the group without knowing to you :D :D 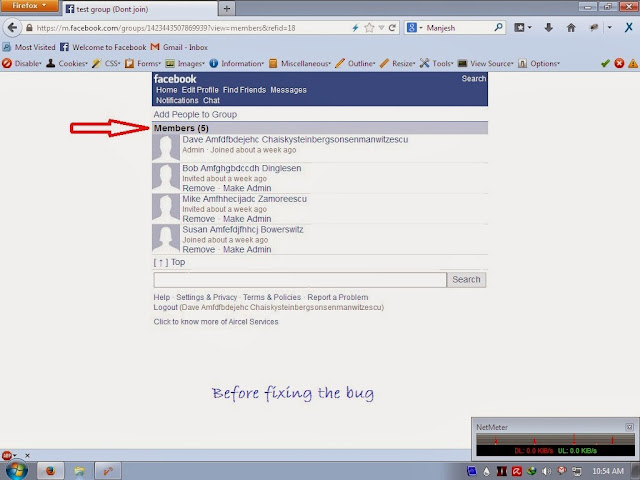 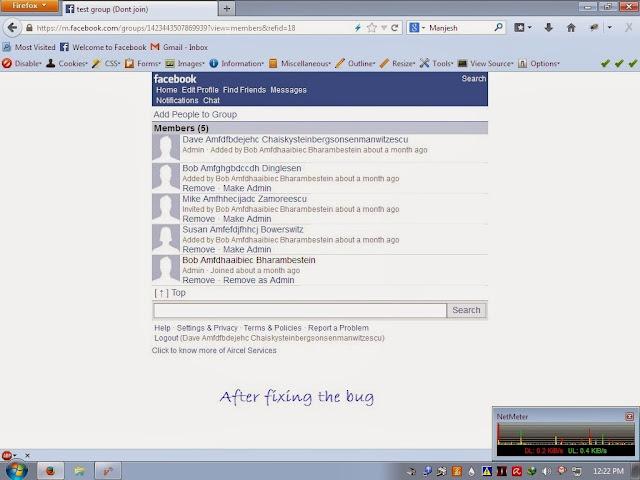 But Bug was initially rejected :(

I didn’t expected this type of reply from fb. They agree that the bug is either privacy or a security issue but both issues qualify for bug bounty program.


Strange thing is they are not asking for proof of bug instead needed a proof that I am eligible for bug bounty program. :o

What mistake I did :


So this time I sent more proofs, But I don’t think these proofs are needed as the bug is self explanatory. I googled and found many impacts which I can add to my bug, and suddenly I found a great blog where a security researcher found the exact same bug like mine ;)


Which is almost exactly same bug like mine for which he has got $5000.

Oops after adding these things I sent them mail asking “Why I am not eligible for bug bounty program?“


Then got this reply from fb :

And finally got a positive reply after 1 month :