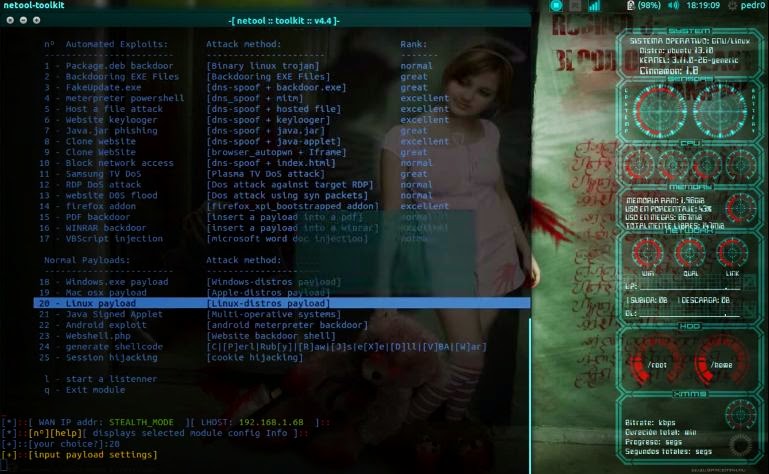 Netool.sh toolkit provides a fast and easy way For new arrivals to IT security pentesting and also to experience users to use allmost all features that the Man-In-The-Middle can provide under local lan, since scanning, sniffing and Social engineering attacks "[spear phishing attacks]"...

Rootsector module allows you to automate some attacks over DNS_SPOOF + MitM (phishing - social engineering) using metasploit, apache2 and ettercap frameworks. Like the generation of payloads, shellcode, backdoors delivered using dns_spoof and MitM method to redirect a target to your phishing webpage. recent as introducted the scanner inurlbr (by cleiton). This tool brought to you by: peterubuntu10