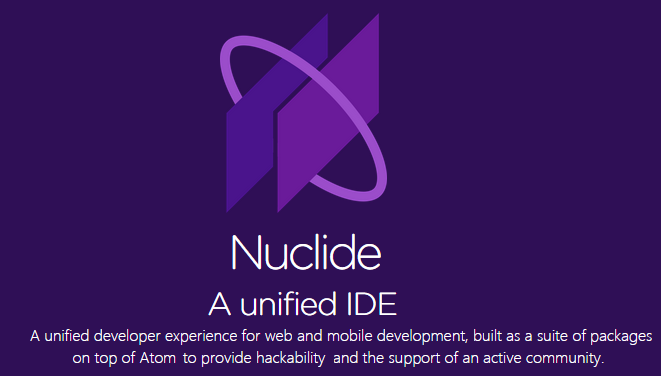 Nuclide : An open IDE for web and native mobile development, built on top of Atom to Provide Hackability.

Nuclide is the first IDE with support for Hack, including autocomplete, jump-to-definition, inline errors, and an omni-search bar for your project. Nuclide has been built from the start to provide a great IDE experience for Hack development.

A unified developer experience for web and mobile development, built as a suite of packages on top of Atom to provide hackability and the support of an active community.

Nuclide
Nuclide is a collection of packages for Atom to provide IDE-like functionality for a variety of programming languages and technologies.

To install a pre-built version of Nuclide, install the nuclide-installer package in Atom. This package will ensure that you have the full set of Nuclide packages.

If you have never installed an Atom package before, follow the package installation instructions from the Atom Flight Manual to do it through the Atom UI, or run the following from the command line:

The first time you start Atom after installing the nuclide-installer package, you will have to wait a few seconds for the installer to determine which Nuclide packages it needs to install or update. To determine whether the installer worked, go to the Settings view in Atom and select the Packages tab. From there, filter your installed packages by nuclide- and verify you see the packages listed in the next section. 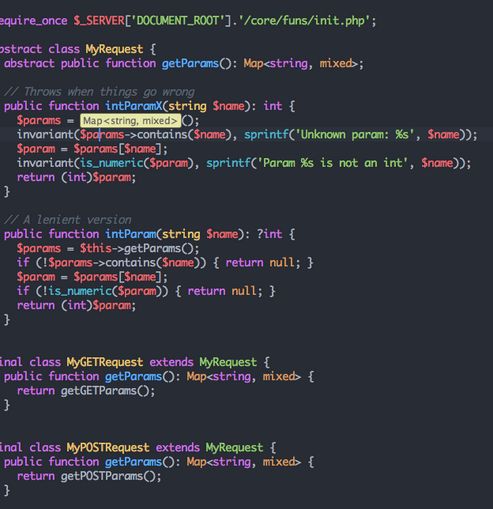 Most developers choose to maintain individual Node and Atom packages in their own repositories. Because Nuclide is composed of so many packages, we chose to organize all of its code in a single repository rather than across a multitude of repositories. As such, this repository is organized as follows:

If you want to experiment with modifications to Nuclide's code, we recommend that you build it from source. (Note that when you build from source, an inert instance of the nuclide-installer package will be installed, effectively disabling autoupdate for Nuclide packages. If you want to return to an ordinary installation of Nuclide, run apm install nuclide-installer and restart Atom to get it back.)

Run the following command from the root of the repository:

or if you are on Windows:

If you see any errors, try running the setup script again with the --verbose flag to get more debugging information.

The setup script will fetch the appropriate dependencies from npm and perform any necessary build steps. When complete, you should see several nuclide- packages in your ~/.atom/packages directory. Starting Atom after running ./scripts/dev/setup for the first time may be a little slow because of the large number of Babel files that need to be transpiled. (The results of transpilation are cached for future use. You can see how many files were transpiled from Timecop.)

Some users have reported errors when re-running ./scripts/dev/setup. (You should run this script whenever you add or remove a package, or change the dependencies in a package.json file.) Although it should not be necessary, running git clean -xfd to clear out stale files has fixed the problem for a number of developers. (On Windows, sometimes git clean -xfd has to be run several times to successfully delete the junctions created by the setup script.) If all else fails, you may want to create a fresh clone of Nuclide and run the setup script again from there.