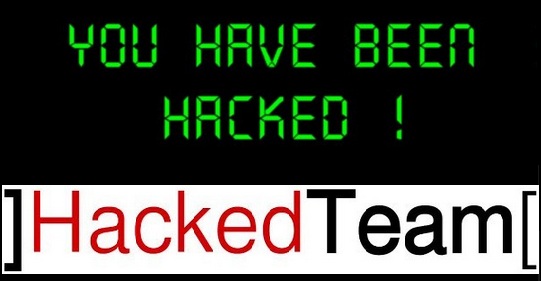 An Italian company which sells spying tools to government and law enforcement agencies has been hacked with 400GB data of internal documents, source code and emails.

Hacking Team is one of the most private companies in the world which sells powerful surveillance tools across the world to the Law Enforcement and Government Intelligence Agencies.

Yesterday their internal network had been breached with 400GBs of data have been compromised and distributed publically on torrents and file sharing sites.

This attack was performed by some unknown hackers who exposed their internal private documents on various file sharing sites as well as they replaced the logo of Hacking Team’s twitter account to “Hacked Team” and currently tweeted with images of compromised data.

Since we have nothing to hide, we're publishing all our e-mails, files, and source code https://t.co/dCBZAPTtpD https://t.co/Frr1ut01o5
— Hacked Team (@hackingteam) July 6, 2015

Of course not, it's a chance to upsell! They need to pay us for training so they learn not to get detected. pic.twitter.com/QoWU1zf1Kc
— Hacked Team (@hackingteam) July 6, 2015


Regarding this breach, one of the employees of Hacking Team, Christian Pozzi has responded on twitter :

We are currently working closely with the police at the moment. I can't comment about the recent breach.
— Christian Pozzi (@christian_pozzi) July 6, 2015