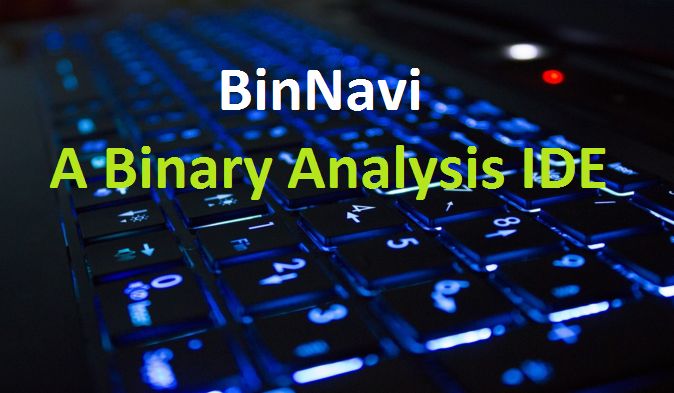 BinNavi is a binary analysis IDE that allows to inspect, navigate, edit and annotate control flow graphs and call graphs of disassembled code.

BinNavi is a binary analysis IDE - an environment that allows users to inspect, navigate, edit, and annotate control-flow-graphs of disassembled code, do the same for the callgraph of the executable, collect and combine execution traces, and generally keep track of analysis results among a group of analysts.

Complications from a third-party dependency
BinNavi uses a commercial third-party graph visualisation library (yFiles) for displaying and laying out graphs. This library is immensely powerful, and not easily replaceable.

In order to perform direct development using yFiles, you need a developer license for it. At the same time, we want the community to be able to contribute to BinNavi without needing a commercial yFiles license. In order to do this and conform to the yFiles license, all interfaces to yFiles need to be properly obfuscated.

In order to achieve this, we did the following:

1) BinNavi and all the libraries have been split into two: The parts of the project that directly depend on yFiles were split into subpackages called "yfileswrap":

We are distributing a pre-built JAR file with all the code in the "yfileswrap" subpackages - pre-linked and obfuscated against yFiles. If you wish to change or add code in BinNavi and do not have a yFiles license, you can freely do pretty much whatever you want in the non-yfileswrap packages - you can simply put the lib/yfileswrap-obfuscated.jar into your classpath to test and see the results.

If you wish to make changes to the "yfileswrap" subdirectories, please be aware that you will need a valid yFiles license - and any contribution that you make to the BinNavi project has to honor their license agreement. This means that you can't simply expose their inner APIs under different names etc.

We will enforce this - we're very happy to have found a way to open-source BinNavi with the yFiles dependency, and we will make sure that any code we pull in respects the yFiles license.

Building BinNavi from scratch
BinNavi uses Maven for its dependency management, but not for the actual build yet. To build from scratch use these commands:

Running BinNavi for the first time
Please be aware that BinNavi makes use of a central PostgreSQL database for storing disassemblies/comments/traces - so you need to have such an instance running somewhere accessible to you. You can build/launch BinNavi as follows:

Loading the code into Eclipse for further development requires a little bit of configuration.


Exporting disassemblies from IDA
As part of this project, we are distributing a binary-only (sorry!) IDA pro plugin that exports disassemblies from IDA into the Postgresql database format that BinNavi requires. When running BinNavi, simply configure the right path for IDA, click on the "install plugin" button if necessary -- you should now be able to import disassemblies.