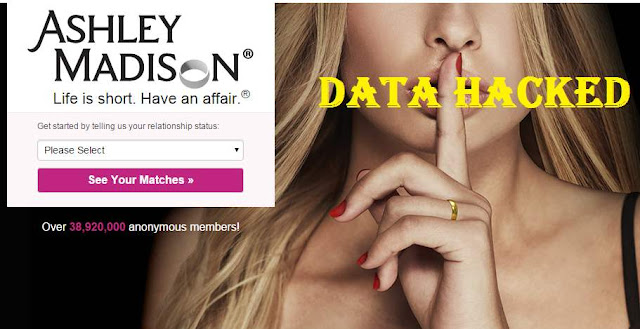 The size of data are 9.7GB in size was posted on Tuesday, it has approx 37 million users data who seeking for partner affairs including names, email, street address, phone numbers, and invoices.

Ashley Madison's website is known for its slogan "Life is short. Have an affair."

According to source, 15,000 email address of US govt. and military servers .mil also included in the leaked.

A month ago, AshleyMadison claimed that 37 million users data was breached. 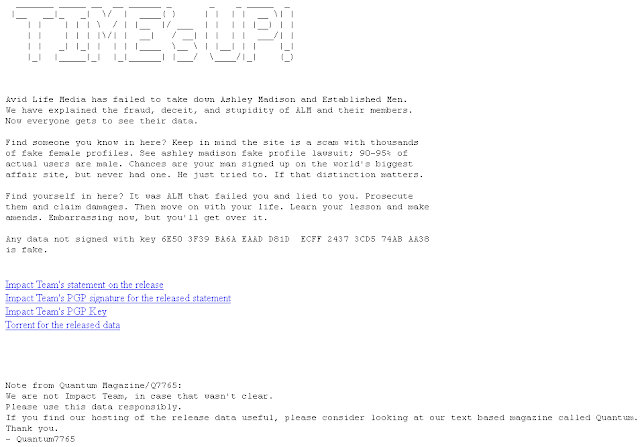 According to Wired report,
Robert Graham, CEO of Erratasec, says that despite this being one of the most secure ways to store passwords, “hackers are still likely to be able to ‘crack’ many of these hashes in order to discover the account holder’s original password.” If the accounts are still online, this means hackers will be able to grab any private correspondence associated with the account.

“Avid Life Media has been instructed to take Ashley Madison and Established Men offline permanently in all forms, or we will release all customer records, including profiles with all the customers’ secret sexual fantasies and matching credit card transactions, real names and addresses, and employee documents and emails,” the hackers wrote in a statement following the breach.

“Avid Life Media has failed to take down Ashley Madison and Established Men. We have explained the fraud, deceit and stupidity of ALM and their members. Now everyone gets to see their data,” said Impact Team in a statement released with the Ashley Madison data.
Labels: Anonymous, Cyber News, Data Leaked, Hackers, Hacking, Security
Share This To :
Newer Post Older Post