Hackers Can Steal Your Information Through EarPhones 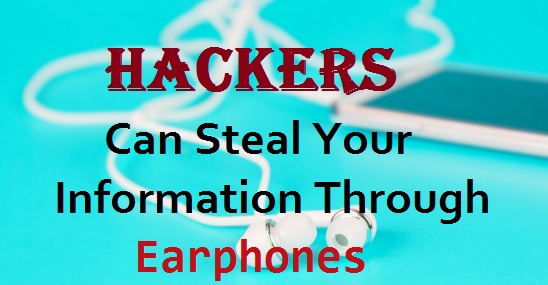 Hackers Can Steal Your Information Through EarPhones..

As we are aware about that Google Voice or Siri are tracking us via our mobile devices so that represents a security risks too.

French Information Security ANSSI research have figured out that how to utilize radio waves to silently trigger voice summons on iPhones or Android devices on the off chance that they utilize headphones and have Google Now or Siri empowered.

Security researchers unveiled that hackers can steal your information to make calls, send texts or browse a Malware website without notifying you. its over 16 feet they can use the attack on your smartphone.

According to Wired,
The researcher utilized the earphones' cord as a radio wire and exploited is wire to change over electromagnetic waves into electrical signals that told the smartphone that orders to be sound are originating from the user microphone.

Earlier, IEEE report was published on the same topic,

Research exploit the principle of front-door coupling on smartphones headphone cables with specific electromagnetic waveforms. We present a smart use of intentional electromagnetic interference, resulting in finer impacts on an information system than a classical denial of service effect. As an outcome, we introduce a new silent remote voice command injection technique on modern smartphones.

How this attack works ?
Watch Video: