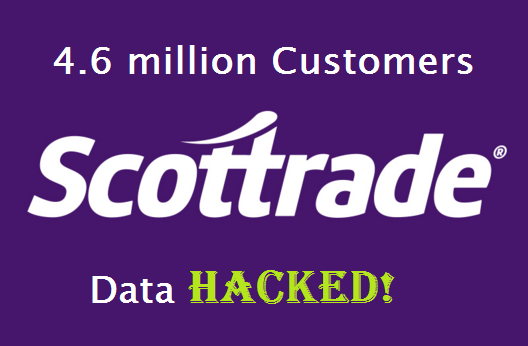 "We take the security of the information entrusted to us very seriously and are fully cooperating with law enforcement in its investigation and efforts to bring the perpetrators to justice," the company said.

Was I Affected?
Current information indicates that the cybercriminals had unauthorized access to our network for a period of several months between late 2013 and early 2014.

If you had an account previous to February 2014, your information may have been accessed through this incident. We are directly notifying everyone whose information was contained in the affected database so they are aware of what happened.

For Clients
If your information was contained in the affected database, you will receive a letter or email from Scottrade with additional information and resources.

We have secured the known intrusion point and conducted an internal data forensics investigation on this incident with assistance from a leading computer security firm. We have taken appropriate steps to further strengthen our network defenses.


Mostly hackers wants to steal customer names and address. According to Krebon Security Scottrade spokesperson was not immediately available by email, but said in a statement to journalist Brian Krebs, who first reported the breach, that the focus of the attack was "a list of client names and street addresses" that was taken from its systems.