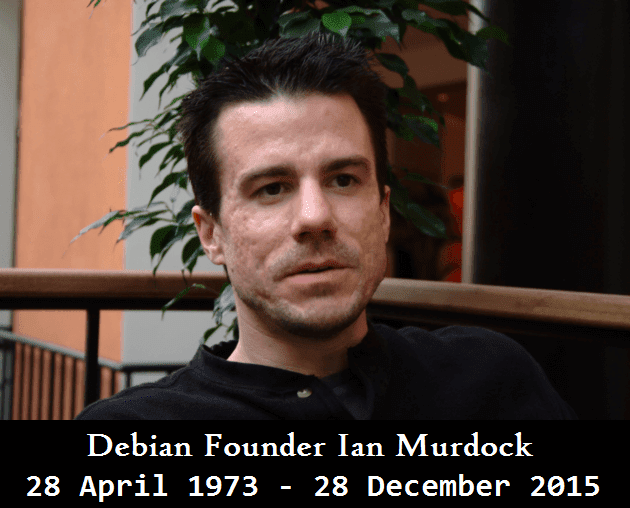 
Ian Murdock, who was born on 28 April 1973 and died 28 December 2015. He was an American software engineer, known for being the founder of the Debian project and Progeny Linux Systems, a commercial Linux company.


Ian, who lived in San Francisco, founded the open-source distro in 1993, and just recently started working for Docker in the city.

On Monday Ian posted several tweets. Now his account had been deleted.

Docker CEO Ben Golub said in the official blog,
"It is with great sadness that we inform you that Ian Murdock passed away on Monday night. This is a tragic loss for his family, for the Docker community, and the broader open source world; we all mourn his passing. To Ian’s children, family and loved ones, we offer our full support and deepest sympathies."

According to Wikipedia,
On joining Sun, he led Project Indiana, which he described as "taking the lesson that Linux has brought to the operating system and providing that for Solaris", making a full OpenSolaris distribution with GNOME and userland tools from GNU plus a network-based package management system. From March 2007 to February 2010, he was Vice President of Emerging Platforms at Sun, until the company merged with Oracle and he resigned his position with the company.

From 2011 until 2015 Murdock was Vice President of Platform and Developer Community at Salesforce Marketing Cloud, based in Indianapolis.