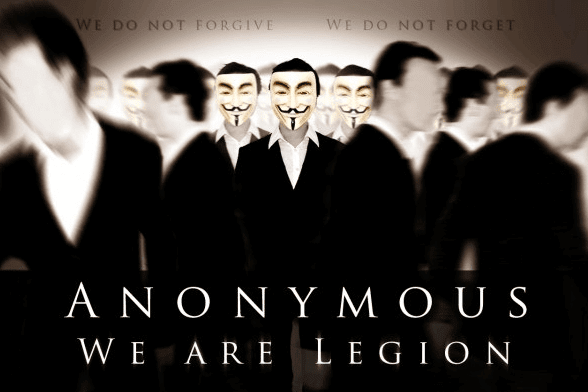 Now, the online hacktivist group Anonymous has set its sights on Michigan Gov. Rick Snyder (R), connected to the Flint water crisis. This week a campaign has been launched by the loosely affiliated collective of anarchist hackers.

The reason for doing this campaign is to gather/collect evidenced Synder and put him in Jail. Due to his slow response towards such an emergency the governor has been criticizing angrily. Officials switched the water source to a local river to cut costs of lead levels in drinking water. According to a survey in Flint, the level of lead in children's body have developed above-average levels of lead in blood.

“We currently believe that enough evidence exists to arrest Gov. Snyder for either voluntary or involuntary manslaughter, and that a full-scale investigation into the Flint water crisis and a criminal trial will yield the information that will send Gov. Snyder to prison,” says the traditional Anonymous figure, a person wearing a Guy Fawkes mask and black hoodie.

This week Snyder took responsibility for the situation and pledged to fix the problem.

“You deserve better, you deserve accountability, you deserve to know that the buck stops here with me,” he said in a State of the State address Tuesday night.

Snyder’s office has since rolled out a $28 million plan. The governor has also declared an emergency in the city and deployed the National Guard to help distribute clean drinking water. President Obama has declared a state of emergency in the area, and also send out federal officials to assist.

Anonymous did not specify whether it had plans to launch cyber attacks against Snyder or his office. Instead, the video focused on helping spread damning information about his administration.

See what happened to this water when used by Flint, Michigan residents.

“We encourage the city of Flint to be vocal and demand that Gov. Snyder face criminal charges,” the figure says. “Anonymous will stand beside you. We will amplify your voice where the mainstream media will surely fail you, as it has in the past.”

In previous year also, Anonymous has launched some similar campaigns during serious crises.

Following the 2014 shooting death of Michael Brown by a police officer in Ferguson, Mo., the group focused its efforts on outing the police officer responsible.
Anonymous-affiliated hackers had attacked various city government websites and also has also taken on the Ku Klux Klan (KKK) and the Islamic State in Iraq and Syria (ISIS) with two high-profile campaigns.

While these targets have brought the group some praise, Anonymous has also been criticized for failing to deliver on promises and for spreading incorrect information.

Regardless, Anonymous has vowed to help rectify “every wrongdoing” perpetrated by “Gov. Snyder “and his cronies,” according to the video.
“They have displayed no remorse or guilt,” the figure says. “But it all stops now, because what Gov. Snyder will soon learn is that we do not forgive, we do not forget.”
“The city of Flint deserved better, governor, instead they got a murderer,” the video concludes.