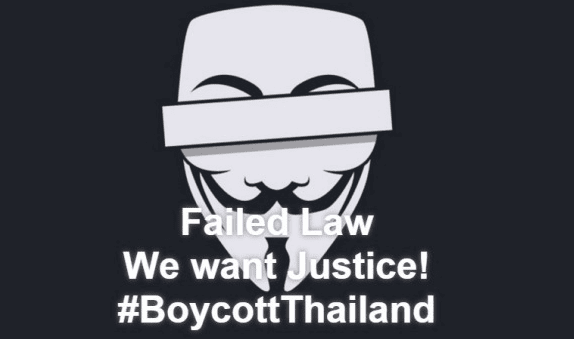 
"We do not like the facts in this recent Koh Tao case and we do not believe the Thai court has convicted the actual murderers of the crime... Anonymous calls for this case to be reinvestigated with credible forensic specialists."

"Our findings are disgusting as we have discovered some very ugly corruption involving the Royal Thai Police and their lack of skills and competency with professional investigating serious crimes. The Thai Police have used scapegoats before and set people up in the past only to have been caught out. Their tourism trade is high on their protection list however anonymous has now put Thailand on High Alert."

Meanwhile, the statement of both families are:

“David was an artist by temperament, so talented. He had a creative eye that he carried with him through life and in his degree. He was hard-working, bright and conscientious, with everything to look forward to.”

Reminiscing about Witheridge’s life, her family said: “Hannah was a beautiful, intelligent, loving young woman who poured joy into the lives of all who knew her. She was selfless and caring and made each and every day that little bit more wonderful.”
Labels: Anonymous, Cracking, Cyber News, Hackers, Security, Video
Share This To :
Newer Post Older Post