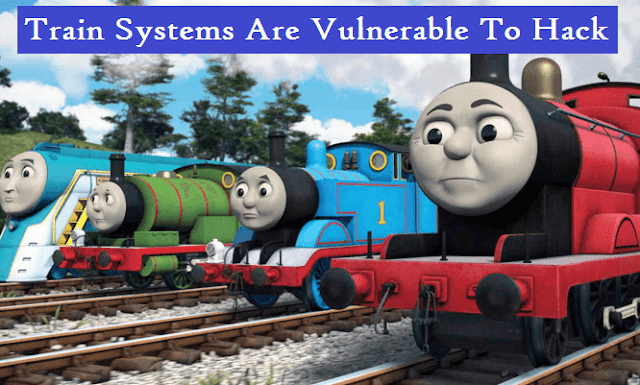 
It’s absolutely easy” for hackers to exploit certain vulnerabilities in railroad infrastructure, researchers Sergey Gordeychik and Aleksandr Timorin of SCADA StrangeLove said on Sunday at a security conference called the Chaos Communication Congress in Hamburg, Germany, according to Motherboard.

For hackers, “it's absolutely easy,” to abuse some of these vulnerabilities, Sergey Gordeychik, one of the researchers, told Motherboard. Gordeychik presented alongside Aleksandr Timorin, and 'repdet'. SCADA StrangeLove is a collective of security researchers, who, entirely separately from their day jobs, hunt out vulnerabilities in industrial control systems.


Sergey Gordeychik, Alexander Timorin and Gleb Gritsai of SCADA StrangeLove, a research group focusing on the security of ICS/SCADA systems, disclosed their findings on Sunday at the 32nd Chaos Communication Congress (32C3) in Germany.

Another railway component analyzed by researchers is computer-based interlocking (CBI), a signaling system designed to prevent the setting up of conflicting routes.

Security Experts believe there are three types of threats when it comes to CBIs:


If an attacker can gain access to such a system, they can cause physical damage by changing a switch while a train is passing over it or by setting up conflicting routes. Causing a CBI component to crash, blocking controls or providing false information can have a negative impact on the operator’s revenue. Finally, causing the communications network to crash can affect the system’s reliability.

Here is the full Slideshow: