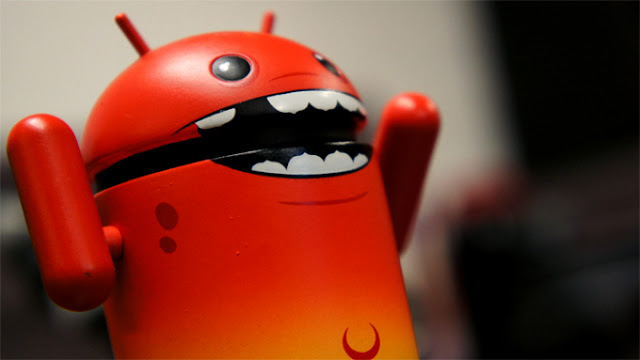 According to the G DATA's Q4 2015 Mobile Malware Report, revealed that during the last quarter of 2015, researchers also came across 758,133 new Android malware files, which was only the increase of 32% from previous quarter.

When they put the past year criminals they found that around 2.5 different malicious Android apps spread their malware families.

The reason behind the assault on Android devices may be the increased fame of Android and their market shares too, which continue to be high as it ever was. User uses their mobile phones, tablets for financial and banking operations too.

Since most crooks are motivated by financial gains, they tend to follow the money, and so, have expanded their malware arsenal to include more tools that target the Android ecosystem.

Malware grew in sophistication is not just your run-of-the-mill viruses. In past month, it was discovered by the security companies researchers that most of the target to the Android device is to steal and gain access to the financial information.

"The most dangerous Android malware are Mazar BOT, Acecard, Asacub and Xbot, which is categorized as a ransomware, information stealers, and even banking trojans."

Internet of Things(IoT) is also the reason for the increase in mobile malware said by G DATA researchers. Many of the sensitive information are held by the Internet-connected devices and are managed by the mobile apps.

Whatever the targeting flaws contain by these mobile apps, hackers get to the IoT devices by the help of these mobile apps. When the device's firmware can't be modified with a bootkit component, then the mobile app is used as a persistent infection point.
Labels: Bug, Cyber News, Data Leaked, Exploits, Mobile Hacking
Share This To :
Newer Post Older Post