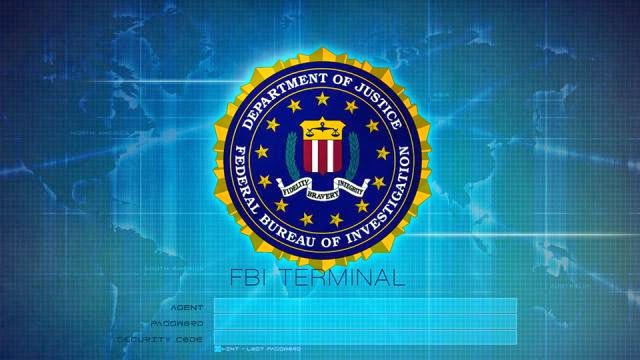 According to a survey of Motherboard, they found that a hacker wants or makes a plan to leak the information of FBI employees as well as declared DHS employees but today hacker has executed the plan successfully and leaked the information. The information is regarding employees names, job titles, email address, phone numbers and so on.

Even the hacker claims that he has downloaded the data of around hundreds of gigabytes of DOJ (Department Of Justice) computer and published the data. According to the information of Motherboard, the dumped data might be a large collection of FBI and DHS databases. Although many of the calls were passing through their voicemail boxes of employees and their respective owners matched with those in the database.


FBI and DHS info is dropped and that's all we came to do, so now its time to go, bye folks!#FreePalestine
— penis (@DotGovs) February 8, 2016

A  declared  FBI intelligence analyst said that she picked up a phone call and identified herself as the same name as she had been listed in the FBI’s databases. As well as a DHS employee said that he did the same, but he noticed that something wrong with his job title and he did not feel comfortable on confirming this information.

Well, there is a small number of phones listed for specific employees as well as for agents. But after a testing process, it finds that the one number of FBI owned by somebody else and it is proven by a recorded message of that number which indicates that the number owned by someone else. And this is also applied to the DHS numbers.

Even the surprising part is that the members of the department said that they had heard the first time about such type of data breach. And you know what the job titles included the details of all type of various departments as well as contractors, biologists, special agents, task force officers, technicians, intelligence analysts, language specialists and so on.

The hacker told that the data which he obtained, that he gained by comprising the e-mail accounts of employees of FBI & DOJ. Still he wouldn’t tell about the tricks that how he hacked or leaked all data. He said that, on Monday he used an e-mail account of DOJ employee and then contact with a reporter from that same account and send a message-

“I clicked on it and I had full access to the computer.”

And from that point he tried to logging into many of others accounts of DOJ web portal but he soon noticed that it didn’t work then he used to the trick to the dialing the numbers of employees from relevant departments.

The Hacker said, “So I called up, told them I was new & I didn’t understand how to get past. And they asked if I had a token code, I said no, they said that’s fine – just use our one.”

He also added that he logged in and clicked on the link to their personal computer which took him to an online virtual machine, and he entered in the certificate portals of already dumped email accounts. After that, he has presented with three different options for access to their computer. And he also claimed that he could access all information as well as documents of employees on the local network.


Hacker also said that he downloaded up to 200 GB of a file out of 1TB files which he had easily accessed too.

Even he claimed that some of files’ included the details of military emails, credit card numbers. It is also said that this is the latest series of hacking the details of confidential data to targeting the US government employees. But this would be followed by a prank, in which the Director of National Intelligence James Clapper would also forward to the Free Palestine Movement.
Labels: Anonymous, Cyber News, Data Leaked, Hackers, Information Gathering
Share This To :
Newer Post Older Post