John McAfee Offers To FBI For Decryption The iPhone Free 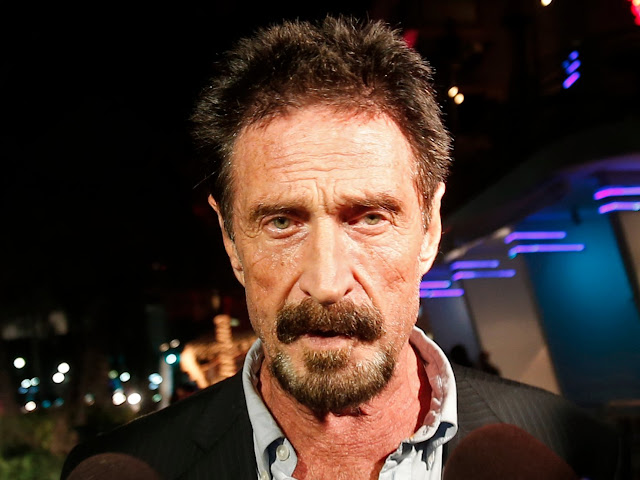 In this week, the news were move all around the single iPhone because it belonged to the event of the Bernardino shooters and FBI get information about the event. But Apple refused to help the FBI.

But wait a minute, who is this? It’s legend of cybersecurity Mr. John McAfee who has offered to decrypt the iPhone for FBI. He is the founder of antivirus company McAfee & Associates.

If you can’t believe on this that McAfee did this amazing task then you must read this comment by John McAfee which he was saying during the event of an interview of Buisness Insider:

“If you doubt my credentials, Google ‘cybersecurity legend’ and see whose name is the only name that appears in the first 10 results out of more than a quarter of a million.”

FBI assumed that they can’t disable the feature itself it would require code-signed by Apple. But McAfee was not agreed with all these FBI’s claims and said, “With all due respect to Tim Cook and Apple, I work with a team of the best hackers on the planet,” he writes. “These hackers attend Defcon in Las Vegas, and they are legends in their local hacking groups, such as HackMiami. They are all prodigies, with talents that defy normal human comprehension. About 75% are social engineers. The remainder are hardcore coders.”

This was the sentimental moment for Apple CEO Tim Cook and don’t know what he wrote in his letter to his customers for explaining about himself and his company to opposing court order to help the FBI for decrypting the iPhone of that killers in the San Bernardino massacre.

Whereas McAfee said that he was working with his a special cracking team of hackers and this was the real and easy task. And if they didn’t help to FBI to decrypts the San Bernrdino’s phone then he, “would eat my shoe on the Neil Cavuto show.”

But for a second if we assume that whatever happened that was right. Still here is a question arising in many people’s minds that -  “Why can’t the FBI crack the encryption on its own? It has the full resources of the best the US government can provide.”

“Why they didn’t use their full power and wanted the help of Apple?”

On this McAfee said these last words from his side – FBI has no best option and they cheap and uptight situations.

“So here is my offer to the FBI. I will, free of charge, decrypt the information on the San Bernardino phone, with my team. We will primarily use social engineering, and it will take us three weeks. If you accept my offer, then you will not need to ask Apple to place a backdoor in its product, which will be the beginning of the end of America.”