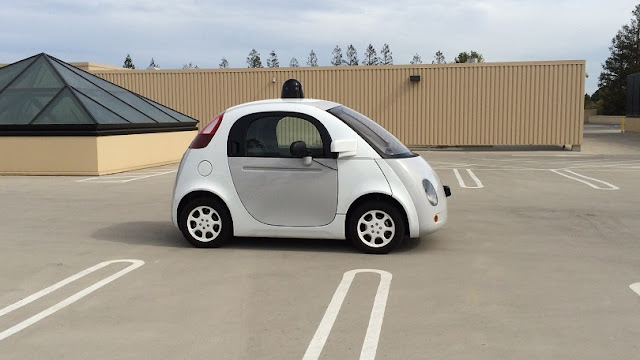 As we all know that the major auto companies are working on futuristic self-driving technology in cars very soon, and this project is more popular between not only in auto companies but also popular in customers.


But before that this technology comes in the market there is a threatens related to new security problems of this technology. And the technology problem is hacking the system of the self-driving car which makes it possible to take over the brakes, engine or other components of a car.

Stefan Savage from the University of California, San Diego said, "We are a long way from securing the non-autonomous vehicles, let alone the autonomous ones. The extra computers, sensors, and improved internet connectivity required to making a car drive it to increase the possible weak points.”

According to the Stephen’s statement, it is possible to control the formulaic vehicles in different ways such as controlled a car by dialing their cellular connection which is already built in that car, or by giving a driver a music CD programmed with a 'song of death' that makes the car connect to an attacker's computer, which will prove more dangerous for people.

According to MIT Technology Review, the way modern cars are designed, once an attacker can get inside the internet network linking the roughly 30 different computers inside, they can take over just about any component, from the brakes to the radio.

But according to the Savage statement the most important and isolated parts of a car such as – breaks. So, that the controlling the brakes it doesn’t mean that every function must be connected to enable the cars. It will difficult anyhow to hack all functions of a car if people repair the parts and upgrades all software.

But he also added that the negative part is that will expand the possible entry points for attackers and the things they can do such as-self-driving cars rely on laser scanners and other sensors, which could be made to send false data.

This problem occurs due to the fact that the components of cars are sourcing from third-party suppliers who are using the lowest cost components. And those suppliers carefully arranged all details of the software that are built inside the car just like the brake-control system or central locking components.

These are all facts increases the causes of hacks the futuristic auto technology. Now, let see how auto companies overcome from these problems.