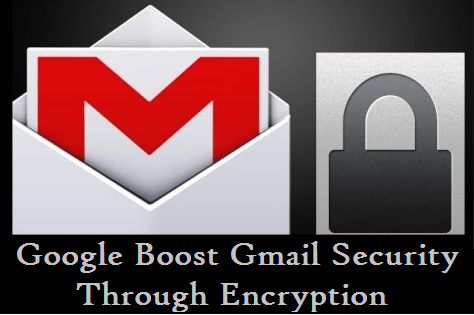 
Google is continuously increasing its security as well as protections for Gmail users such as – by giving a noticeable warning to the user if there is a chance of stealing their passwords by the government or by giving warnings about the dangerous links and also offers more security options for sending an email.

That’s why Google announcing on a blog post that it includes more features in security option as well as expands it with a variety of new protections that will help to the Gmail users to keep safer as well as promotes the security of email services across the internet. The new security services including the Safe Browsing that alerts the Gmail users about the dangerous activities of government.

Even Safe Browsing makes Gmail more protected and safe. Since 2007, the Safe Browsing has kept providing safety and security from phishing scams as well as from malware such it keeps protected to the users by giving warning before the user visit dangerous websites that are known as phishing, malware and Unwanted Malware.

Safe Browsing kept providing safety to the Gmail users by identifying the dangerous links in messages. Even if the user clicks on those dangerous links by mistake then it will begin to show the message on the opening different browsers or email apps.

In 2012, Google has put a kind of banner on top of the Gmail users pages in which it includes a warning about the state-sponsored attackers if Google feels that they were in very high dangerous scams. But now it is starting from today the user gets a full-page warning about the dangerous site or link that will be hard to miss.

But Google also revealed that this would be possible that its warning performs as false alarms but they did not exposed the reason behind this type of warnings because of the attackers get reasons of that how they were noticed.

Google said that “the warning only happens to less than 0.1% of all Gmail users.” And the users who would get messages of that warning they may be journalists, activists or progressive policy-makers. And as it is said that the individual email warning initiated after five years in which Gmail users get the full-page warning by introducing Safe Browsing through Google. And users get this kind of warning whenever they visit the harmful or dangerous websites that could be contains phishing scams, malware, viruses or harmful software.  This new feature is being updated to show the full-page warning for users whenever they click on potentially harmful links in Gmail regarding your browser or an email app.

According to the sources, it is also found that the Google has also created a team with their partners like- Comcast, Microsoft and Yahoo! To offers a new standard or level of email-sending that will only be delivered or passed by encrypted channels due to which the attackers can’t access the emails of the users by intercepting in between the process.

As well as the Gmail users already have the ability to see that notice when they receive emails and that email would not be sent by an encrypted channel because that would be denoted by a red unlocked symbol that helps to the user to notice that the email would be safe or not.