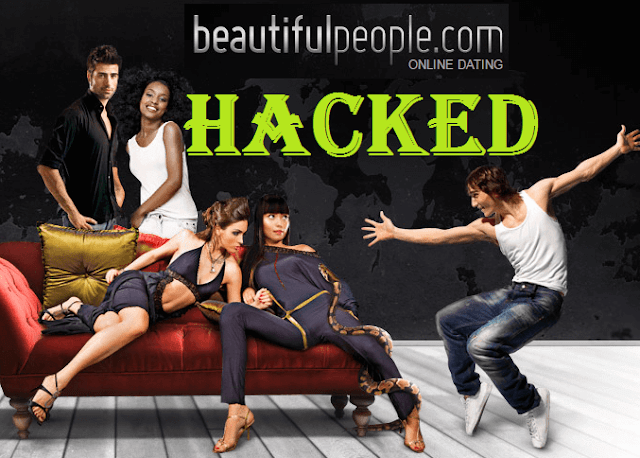 The information of over 1.1 million people who registered on the dating website, BeautifulPeople.com which is being leaked on the Dark Web.

Troy Hunt who is the operator of the HaveIBeenPwned.com website, has declared on Twitter that he had just added some information of those users to his site.

The people who registered on BeautifulPeople.com dating website can go to the service of Hunt as well as find out for their email address and see if their information is involved in the leak.
Due to lacking of security MongoDB setups strike again!

Since December 2015, Thomas Fox-Brewster who is the staff writer of Forbes said that he had information about the data breach. And he told that when Chris Vickery who is the security researcher of MacKeeper told him about a vulnerable database.

There are two contacted BeautifulPeople, who told them the database that they had found which was only a test server as well as there is no actual user information which was disclosed.

The company took down the server, another instance of a no-password, Internet-accessible MongoDB database, and the story never reached the light of day.

There is an explanation of BeautifulPeople that it does not hold water.

But as Hunt has described that it shows that someone also found the database that  downloaded its content and also put it up for trade on underground forums of data trading. Whereas an unsolved benefactor contributed the data to Hunt, who is also together with the reporter of Forbes which established its validity.

The two contacted say that the database consists of names, email addresses, encrypted passwords, geo-location information, as well as over 100 other attributes of individual data such as sexual preferences, drinking habits, hobbies, favorite movies and also some kind of information you had to wait for to discover on such sites.

Vickery also includes that the version of the database of the BeautifulPeople dating website that he saw also added up to 15 million of private messages.

According to a statement which sent to Forbes by the owner of the website said: "We can confirm we were notified of a breach on December 24th of 2015 of one of our MongoDB test servers. This was a staging server and not part of our production data base. The staging server was immediately shut down."

The BeautifulPeople becomes well-known online dating website because it worked for many years for advertised itself as a dating as well as meeting website for "beautiful people" only. Whereas all of the users had to go through a process of manual approval where the users of another site would vote for it if they were attracted towards it and then join the site.

In 2009, the operators of BeautifulPeople were bragging about refusing the users up to 1.8 million from their site. Also, as people matured, lost hair, or gained weight, the staff of the website that also continuously removed the members who were considered as not enough beautiful.