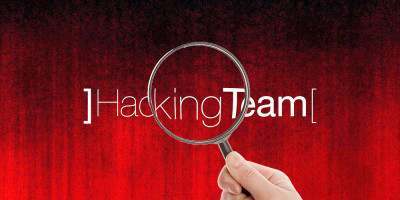 Italy's GD for International Trade Policy has revoked the Hacking Team's export license, which stops the company from selling its software to countries outside the EU without getting the approval.

Last year the hacking team went through hard times when its server was hacked as well as the data discarded online which is including troves of the sensitive information just like - email conversations, internal software, logs, exploits, and the source code of their prime surveillance toolkit called RCS, or the Remote Control System.

In spite of this reputational-crippling incident, the company continued to sell its product after creating quick updates to the Galileo RCS platform during this past fall.

Hacking Team had a "no questions asked" permit from Italy's government

Despite the fact that now everybody knew what the team of hackers was doing and authorities never interfered into the company. Even after the disclosing the solid evidence, this is showing that the firm was selling observations of software to countries that are popular for human rights abuse.

Well, the company was covered legally, after it obtained a special export license for the RCS platform on April 3, 2015. And this also permits allowed it to sell their inspected  software for a list of 46 countries without any type of need of approval from Italian authorities.

Usually, the approval would have been needed due to the military and sensitive nature of the software's capabilities.

Whereas the Italian authorities arranged the Hacking Team this permit then they refused to reveal the reason as well as the criteria which they used to reach their decision.

The revoked permit would have been valid until April 2018

Suddenly the things were changed in the last week when the same authorities have been decided out of the blue to withdraw this at very same consent then again without providing any explanation  even not to the ownership of the Hacking Team.

And the permit would have been valid up until 30 April 2018. If the Hacker’s  Team wants to sell its software under these new conditions then it would need to get support for each sale from Italian authorities.

Even if there is no reason for the revocation of that permit was provided. Italian press expects that this might have something to do with the current arrest, torture, and killing of an Italian reporter in Egypt.


It becomes visible to the Egyptian authorities that may have used the RCS platform of Hacking Team to discover on Italian student Giulio Regent, who was conducting an inquiry into the role of unions in the post-Mubarak era. Whereas the family members declare that Regina was killed by Egyptian security forces.
Labels: Anonymous, Cyber News, Hackers
Share This To :
Newer Post Older Post