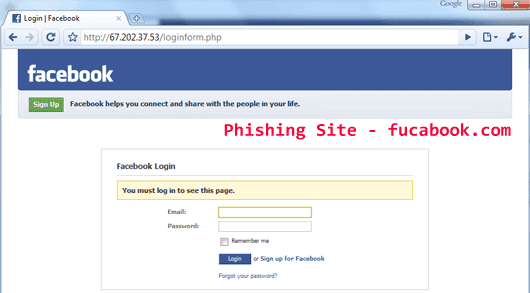 Hackers are using a new scheme of phishing tricks for users into hacking over their credentials of Facebook and around this time they are taking benefits of Facebook to bring out their attacks.

The hackers are exploiting the App of the Facebook platform to host the content which is malicious inside the site of Facebook itself. The crooks are indexing the app of Facebook as well as they are using the free range power of platforms to load the malicious Web pages through the iframes.

Even low-end skilled attackers can fool users with this trick

Attackers who want to bring out the attacks of phishing tricks as well as steal the credentials of Facebook that only required some skills regarding the CSS in order to ability a login form that uses the default UI style of Facebook.

Users who land on these pages via various types of email or campaigns of social spam that would have a difficult time to detecting this as a malicious page.

The particular difference is the malicious iframe in the middle of the page that is loaded through the Apps of a Facebook platform from the server of attackers. And for this specific campaign marked through the security firm Netcraft  and this iframe was loaded from a malicious website which was hosted on HostGator.

In the case of some more perceptive of users supposed to anything that was an individuality for this campaign that made sure to fool the users even those who had gone via a training of anti-phishing that tells the users to enter the wrong login credentials in doubtful forms that are used for login.

Users who enter the wrong details for login and get a successful message that will certainly be influenced the fake login form as well as somebody is trying to deceive them.

As an individuality of the campaign which is marked by Netcraft and the login form always displayed an error on the time of login every time the user tried to validate. Even if they come into the correct or the wrong credentials.

Even by using this trick, some kind of low-end skills of CSS, social engineering as well as the Facebook Apps platform, attackers can run highly proficient the campaigns of phishing tricks that is right from an official URL of Facebook.

Whereas Facebook automatically authenticates the all users of these apps as well as everyone should always use the URL of facebook.com/login to validate on the site as well as nowhere else.
Labels: Data Leaked, Hackers, Hacking Tricks, Information Gathering, MITM Attack, Scripts
Share This To :
Newer Post Older Post