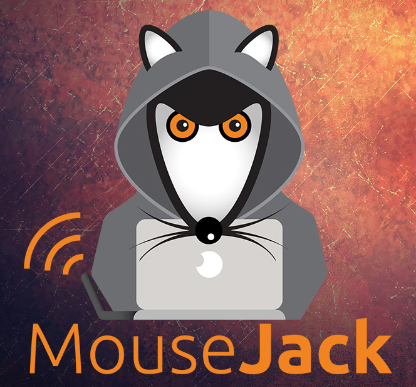 Besides of the Microsoft regular monthly security updates, it also launched some possible updates. Along with which is one for a vulnerability found in this last February called as MouseJack.

MouseJack which is a security firm Bastille discovered the defects in the protocol that is used by the wireless mouse as well as keyboards to corresponds with their USB dongle which is frequently plugged into a laptop of the user.

Researchers discovered that they could spoof the data from the wireless devices that is being able to force trick by which USB dongle send the fraud information to the connected PC with the help of executive commands or obtain the actions which are malicious.

MouseJack attack works from 30 meters away.

Even the MouseJack attack performed from a distance of up to 100 feet (approx 30 meters) away from using the PC with the wireless mouse as well as keyboards affected by companies such as AmazonBasics, Dell, Gigabyte, HP, Lenovo, Logitech, and Microsoft.

Whereas some of the manufacturers took steps that deal with these issues and some companies were not prepared to put out new firmware just yet. After being informed by the researchers of Bastille a few weeks back. Microsoft took the first steps towards the introducing this issue by providing an optional update for all users of Windows by using the infected devices of MouseJack.

There is an optional KB3152550 update that provides a provisional as well as the software-based fix for the attacks of MouseJack. Whereas the update targets to that computer in which  running Windows 7, 8.1, and 10, but not any versions of Windows Server.

The company also declares that the update will protect from the attacks only on standalone wireless mouse devices, but not those which were belonging to the kit of Microsoft desktop.
MouseJack researcher says the fix is incomplete.

Whereas the attacks of MouseJack is considered severe by the most of the experts of security terms.  And the security update was provided as optional since not all users which are infected by this vector of attacks as well as there is no reason for all of the users to install it.

The firm says that “The MouseJack exploit centers around injecting unencrypted keystrokes into a target computer. Mouse movements are usually sent unencrypted, and keystrokes are often encrypted (to prevent eavesdropping what is being typed). However, the MouseJack vulnerability takes advantage of affected receiver dongles, and their associated software, allowing unencrypted keystrokes transmitted by an attacker to be passed on to the computer’s operating system as if the victim had legitimately typed them.”

Here is given below a tweet from Marc Newlin who is a security researcher at Bastille says that “Microsoft's patch is incomplete. And also added that MouseJack attacks still work on Microsoft Sculpt Ergonomic Mouse models.”

Whereas the researcher also shows his disappointment with the fact that Microsoft did not use its controlling power over the Windows to implement a universal patch for the non-Microsoft devices.