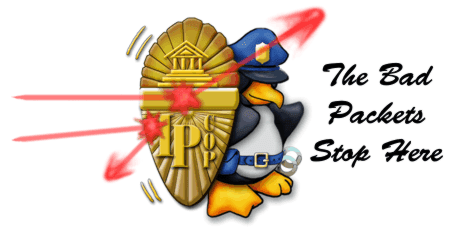 IPCop Firewall: Linux Firewall Distribution. It is geared towards home and SOHO users.

The IPCop Firewall is a Linux firewall distribution that targets to offer a simple-to-manage firewall application which is based on PC hardware.

The web-interface of IPCop is very user-friendly and makes its process easy. It is a stateful firewall which is construct on the Linux Netfilter framework.

In the beginning, a fork of the SmoothWall Linux firewall whereas the projects are developed separately and now it has differed significantly. IPFire which is an another firewall distribution that has been forked in 2005 due to the inactive development of the IPCop project.

IPCop contains a simple as well as user managed update mechanism to install the security updates when it is needed.

DEVELOPMENT:
IPCop is developed in a traditional as well as an open source style through a varied development group extends across the Internet at large. CD-ROMimages for the CD installation that are spread by a network of mirrors. It supports the websites for continued in English, French, German and Dutch. The user interface of IPCop is available in 35 languages.

Even though not an official part of IPCop as well as there are many addons in which some are based on the server of addon which adds the additional functionality to IPCop just like advanced Quality of Service (QoS), e-mail virus checking, traffic summary, spread the interfaces for controlling the proxy and so on.

IPCop is a Linux distribution which is based on Linux From Scratch that  targets to offer a firewall that is easy to deal with based on PC hardware. IPCop is a states firewall built on the framework Netfilter of Linux .

IPCop is to offer a simple but powerful way to organize a firewall on a PC type architecture. It can prevent on an architecture of a home or small or medium enterprises as well as it provides the classic DMZ and also tunnels Virtual Private Network.

It can also serve as the proxy server which providing the IP addresses dynamically( DHCP ) transmit DNS from Time Server(NTP) and installing plugins or modules and many other things such as- control content, blacklist, access list, dynamic DNS, traffic control, etc. The wireless client support is also offered by a dedicated area.

In the recent versions of IPCOP that are defined in four Ethernet ports that’s why four independent networks are: