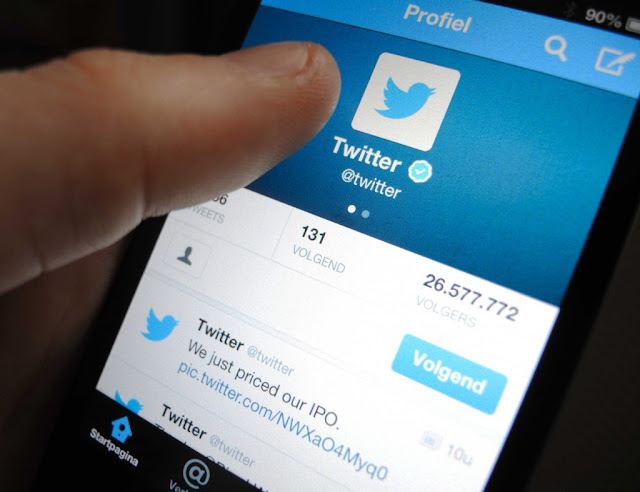 According to a report in The Wall Street Journal, the Twitter Inc. blocked the U.S. intelligence agencies' that access to the offered data through a private company which scans the feedbacks of Twitter.

According to the report of New York-based Dataminr Inc. that offered the information services that supplied the postings of social-media to the intelligence agencies for the past two years as well as Twitter said it did not want Dataminr to carry on to offer the data service to the intelligence agencies communicating with a senior U.S. official and a familiar person with the substance who are both appealed for ambiguity.

The report picked up the questions about the intelligence agencies' use the information as well as transparency of the user. That’s why Cryptzone chief security officer Leo Taddeo who is speaking with SCMagazine,

Intelligence agencies around the world are very good as setting up proxy organizations that can help them gain access to the information they need.

However, Ken McApline who is the Fortinet VP of network security solutions said that “forcing intelligence agencies to be more obscure”. And McApline also added that the according to the policy of Twitter is “not conducive to a productive outcome.”

Last year, a report in printed by the Brookings Institution and it was noted the intelligence value of the supporters of ISIS through the social media accounts. And the report stated that “The ability to accurately identify tens of thousands of ISIS supporters on Twitter provides ample room for the suspension of accounts that have strong operational, recruitment, or propaganda value, with little or no functional loss of intelligence.”

And Taddeo said, “In the data market, information is sold in so many ways. Once it's sold and out there, it's out of the hands of the collecting agency.”

Whereas the intelligence agencies are more and more observing the social media as various services like Twitter that are broadly used by the organization of the terrorists such as - the Islamic State group.

A former deputy director of the NSA, John C. Inglis told the WSJ that the Twitter was appealing in double standards through the declining to recommended the data of intelligence agencies that is accessible to the private sector.

Dataminr that supplies the real-time data from Twitter as well as other public sources into significant information or "actionable signals" for a multiplicity of customers that counting the newspapers, hedge funds, investment banks, as well as in other corporation that has been noticed in the past as working with the law enforcement of agencies to help them monitor the tweets and also other data sources for potential criminal as well as terrorist threats.

Jameel Jaffer, deputy legal director at the American Civil Liberties Union in a tweet wrote that the Twitter is rather accurately declining to provide as an extension of spy agencies of U.S.
Labels: Cyber News, Monitor, Network, Security
Share This To :
Newer Post Older Post