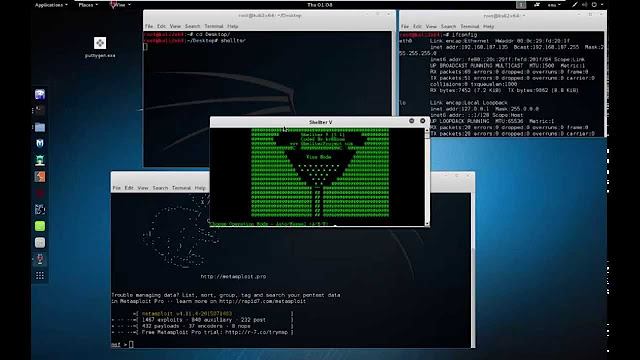 ShellTer is an iptables-based firewall. What sets it apart from the rest is that it has built-in SSH brute force protection. It is simple to organize as well as it has an interactive CLI installer.

Shellter is a dynamic shellcode injection tool as well as possibly it was the first dynamic PE infector ever generated. It can be used in order to insert shellcode into local Windows applications that have recently 32-bit apps only. Even the shellcode can be something yours or something created via a framework just like Metasploit.

Shellter takes benefit of the real structure of the PE file as well as it does not affect any modification just like modifying the memory access permissions in sections except the user wants, adding an extra section with RWE access,and whatever it would look corrupt under an AV scan.

HOW DOES IT WORKS:

CPU: The better the faster. It’s only a matter of time.