Pharming: A Type of Phishing And DNS Poisoning Attack 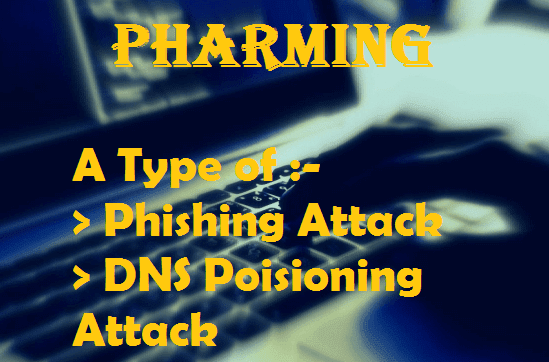 Pharming: A Type of Phishing And DNS Poisoning Attack


Pharming is a cyber attack intended to redirect a website's traffic to another, fake site. Pharming can be conducted either by changing the hosts file on a victim's computer or by exploitation of a vulnerability in DNS server software.


DNS servers are computers responsible for resolving Internet names into their real IP addresses. Compromised DNS servers are sometimes referred to as "poisoned". Pharming requires unprotected access to target a computer, such as altering a customer's home computer, rather than a corporate business server.

The term "pharming" is a neologism based on the words "farming" and "phishing". Phishing is a type of social-engineering attack to obtain access credentials, such as user names and passwords. In recent years, both pharming and phishing have been used to gain information for online identity theft. Pharming has become of major concern to businesses hosting ecommerce and online banking websites. Sophisticated measures known as anti-pharming are required to protect against this serious threat. Antivirus software and spyware removal software cannot protect against pharming.

This attack can be used to direct users from a website to another site of the attacker's choosing. For example, an attacker spoofs the IP address DNS entries for a target website on a given DNS server and replaces them with the IP address of a server under his control. Then, the attacker creates files on the server under their control with names matching those on the target server. These files usually contain malicious content, such as a computer worm or a computer virus. A user whose computer has referenced the poisoned DNS server gets tricked into accepting content coming from a non-authentic server and unknowingly downloads malicious content.

How to Prevent from Pharming Attack?