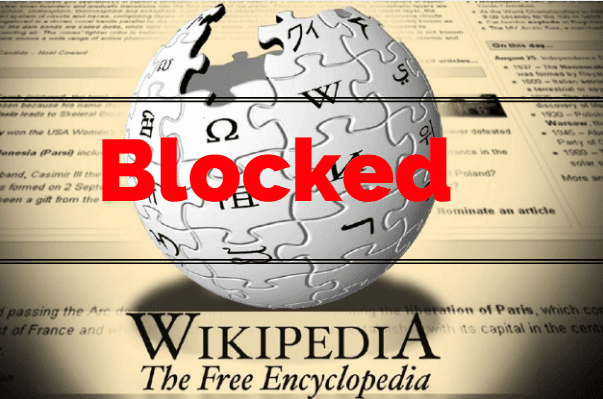 
According to report, site has been blocked under a provisional administrative measure without a court order, but Turkey blocks says an order is expected in the coming days.

"Instead of coordinating against terrorism, it has become part of an information source which is running a smear campaign against Turkey in the international arena," Anadolu quoted the ministry as saying in a statement.

The ban would be lifted if Wikipedia met the government's demands, Anadolu said.

“The loss of availability is consistent with internet filters used to censor content in the country,” the monitor said.

Access to information is a fundamental human right. Turkish people, I will always stand with you and fight for this right. #turkey https://t.co/5ZAsc9coVX
— Jimmy Wales (@jimmy_wales) April 29, 2017

Confirmed: All editions of the #Wikipedia online encyclopedia blocked in #Turkey as of 8:00AM local timehttps://t.co/ybFolRmsOs pic.twitter.com/hI9tn4bHe5
— Turkey Blocks (@TurkeyBlocks) April 29, 2017

In March 2014, YouTube was banned for several months in Turkey after the site was used to broadcast purported footage of a security meeting on Syria.
Labels: Cyber News
Share This To :
Newer Post Older Post