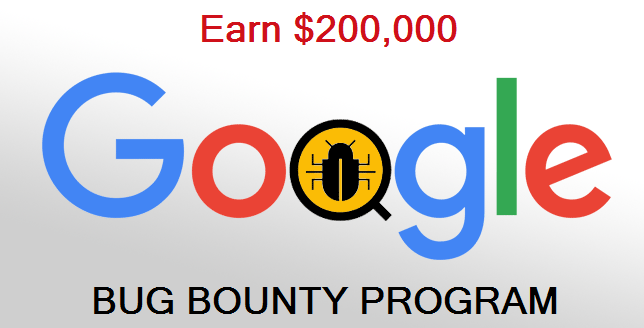 
Google announced that they are increasing their Bug bounty offerings and make it to $200,000 for finding bugs in Android.


Android Security rewards program launched two years ago. Since its launch, Google has rewarded researchers over $1.5 million dollars. Earlier it was $30,000-$50,000, but no one was able to find working Exploit in Android core components. Now Google hopes this Bug Bounty reward program will attract more security researchers to find some serious bugs.

Now Google making changes in their Reward programs.
In addition to rewarding for vulnerabilities, Google continues to work with the broad and diverse Android ecosystem to protect users from issues reported through our program. We collaborate with manufacturers to ensure that these issues are fixed on their devices through monthly security updates. Over 100 device models have a majority of their deployed devices running a security update from the last 90 days, said in Google blog.

Last week, Judy Malware hit 36.5Mn Android users.  It has reported that up to 36.5 million Android devices affected by this malware which has generated a huge revenue for their developers with the help of fraud clicking on their ad campaigns. Now it has been fixed and removed from Play store by Google.
Labels: Cyber News, Security
Share This To :
Newer Post Older Post