Hardentools: An Utility That Disables A Number of Risky Windows Features 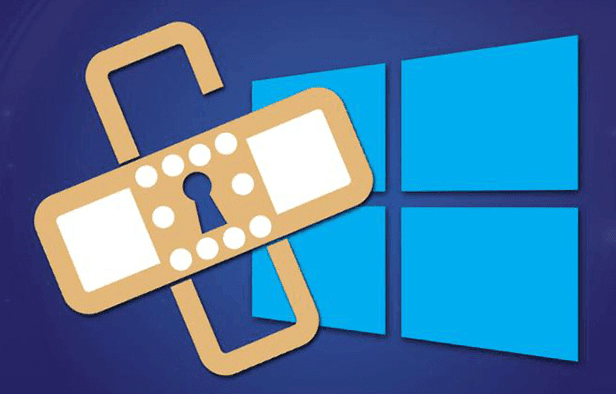 Hardentools: An Utility That Disables A Number of Risky Windows Features


Hardentools is a collection of simple utilities designed to disable a number of "features" exposed by operating systems (Microsoft Windows, for now), and primary consumer applications.


These features, commonly thought for Enterprise customers, are generally useless to regular users and rather pose as dangers as they are very commonly abused by attackers to execute malicious code on a victim's computer. The intent of this tool is to simply reduce the attack surface by disabling the low-hanging fruit. Hardentools is intended for individuals at risk, who might want an extra level of security at the price of some usability. It is not intended for corporate environments.

Bear in mind, after running Hardentools you won't be able, for example, to do complex calculations with Microsoft Office Excel or use the Command-line terminal, but those are pretty much the only considerable "downsides" of having a slightly safer Windows environment.

Before deciding to use it, make sure you read this document thoroughly and understand that yes, something might break. In case you experience malfunctions as a result of the modifications implemented by this tool, please do let us know.


How to use it

Once you double-click on the icon, depending on your Windows security settings, you should be prompted with an User Access Control dialog asking you confirmation to allow Hardentools to run. Click "Yes". 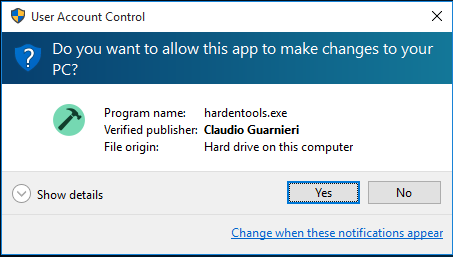 Then, you will see the main Hardentools window. It's very simple, you just click on the "Harden" button, and the tool will make the changes to your Windows configuration to disable a set of features that are risky. Once completed, you will be asked to restart your computer for all the changes to have full effect. 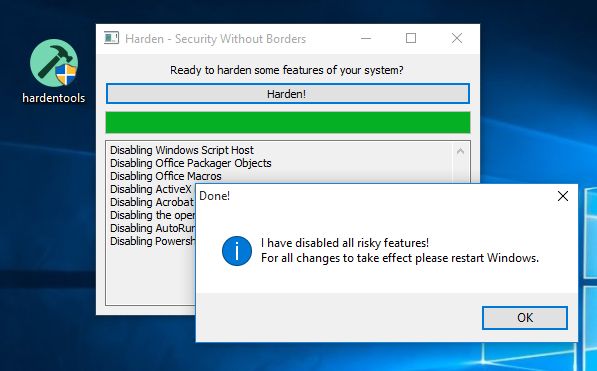 In case you wish to restore the original settings and revert the changes Hardentools made (for example, if you need to use cmd.exe), you can simply re-run the tool and instead of an "Harden" button you will be prompted with a "Restore" button. Similarly, click it and wait for the modifications to be reverted.

Please note: The modifications made by Hardentools are exclusively contextual to the Windows user account used to run the tool from. In case you want Hardentools to change settings for other Windows users as well, you will have to run it from each one of them logged in.


What this tool does NOT

Disable Macros. Macros are at times used by Microsoft Office users to script and automate certain activities, especially calculations with Microsoft Excel. However, macros are currently a security plague, and they are widely used as a vehicle for compromise. With Hardentools, macros are disabled and the "Enable this Content" notification is disabled too, to prevent users from being tricked.

Disable OLE object execution. Microsoft Office applications are able to embed so called "OLE objects" and execute them, at times also automatically (for example through PowerPoint animations). Windows executables, such as spyware, can also be embedded and executed as an object. This is also a security disaster which we observed used time and time again, particularly in attacks against activists in repressed regions. Hardentools entirely disables this functionality.

Disable execution of objects embedded in PDF documents. Acrobat Reader also allows to execute embedded objects by opening them. This would normally raise a security alert, but given that legitimate uses of this are rare and limited, Hardentools disables this.

Authors
This tools is developed by Claudio Guarnieri, Mariano Graziano and Florian Probst.

WARNING: This is just an experiment, it is not meant for public distribution yet. Also, this tool disables a number of features, including of Microsoft Office, Adobe Reader, and Windows, that might cause malfunctions to certain applications. Use this at your own risk.