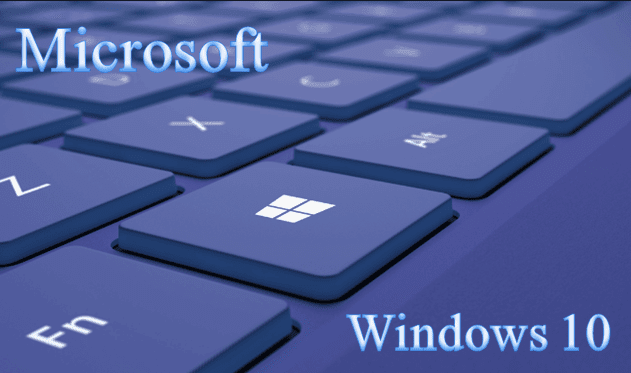 How to take advantage of Data Persistence when using Microsoft Edge with Application Guard: 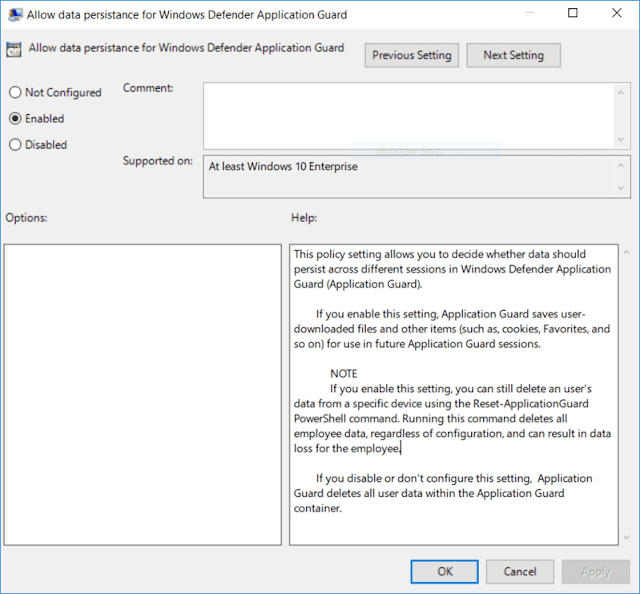 After the Group Policy settings are set, next launch New Application Guard Window from the Microsoft Edge menu: 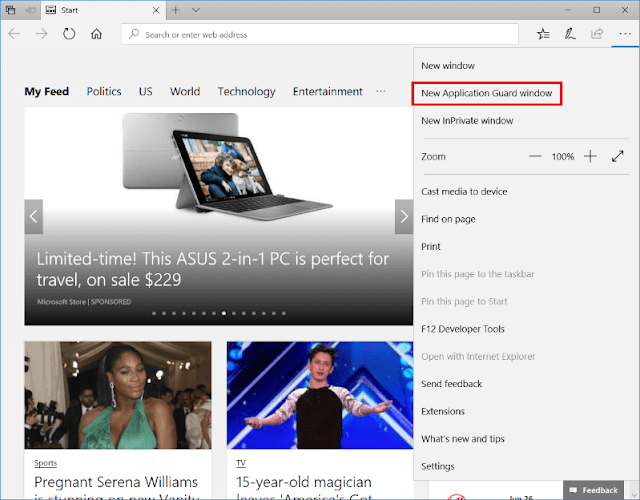 
Microsoft announce that starting with this build you can now audit, configure, and manage Windows system and application exploit mitigation settings right from the Windows Defender Security Center! You don’t need to be using Windows Defender Antivirus to take advantage of these settings.

After upgrading to this build, you can find these settings by opening the Windows Defender Security Center and going to the App & browser control page:


In this build, we’re making it easier for you to protect valuable data from malicious apps and threats, such as Ransomware. To enable the feature, search for and open the Windows Defender Security Center from Start, go to the Virus & threat protection settings section, and set the switch to On:

Click Protected folders in the Controlled folder access area and enter the full path of the folder you want to monitor. You can also enter network shares and mapped drives, but environment variables and wildcards are not supported (for right now).

Changes, improvements, and fixes for PC


Microsoft Windows 10 Insider Preview Build 16232 for PC to Windows Insiders in the Slow ring. Remember – we are doing a staggered roll-out of this flight so not everyone will immediately see it offered unless you manually check for updates.

Microsoft also released Cumulative Update Build 16232.1004 to Windows Insiders in the Fast ring running Build 16232. The primary goal of this update is to test our servicing pipeline. This update should not require you to have to reboot unless you happen to have Notepad.exe open. This update only revs the version of the OS and includes an updated binary version of Notepad.exe and nothing else.

It does introduce the following issues to be aware of: