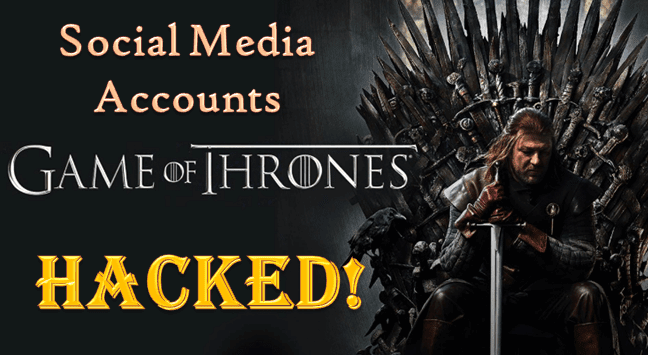 
Hi, OurMine are here, we are just testing your security , HBO team please contact us to upgrade the security . 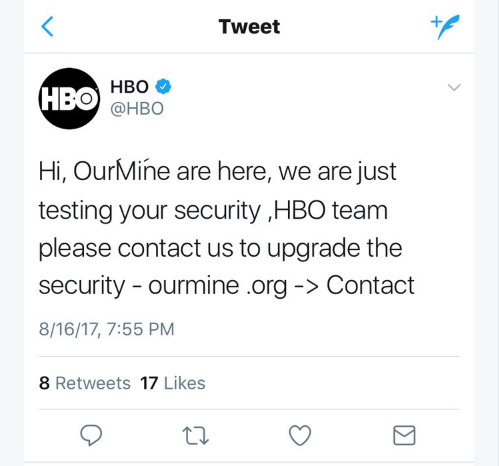 HBO has been going through a tough time even before this OurMine hacks came into the place. Earlier, HBO itself leaked Game of Thrones Episode 6 accidentally.

Last month we have reported Game Of Thrones Scripts Got Hacked, Hackers claimed to have obtained 1.3 Terabytes (TB) of data stolen from the company. Upcoming episodes of Ballers and Room 104 have apparently been hacked, Hackers group were also demanding a ransom of approx $6 Million in Bitcoins.
Labels: Cyber News, Data Leaked, Hackers
Share This To :
Newer Post Older Post