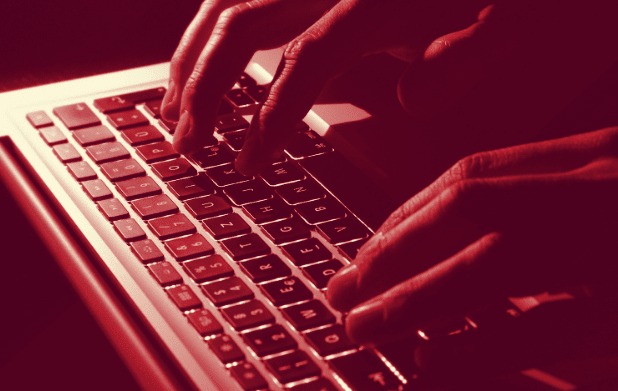 
Puffs is a domain-specific language and library for parsing untrusted file formats safely. Examples of such file formats include images, audio, video, fonts and compressed archives.


Unlike the C programming language, Puffs is safe with respect to buffer overflows, integer arithmetic overflows and null pointer dereferences. The key difference between Puffs and other memory-safe languages is that all such checks are done at compile time, not at run time. If it compiles, it is safe, with respect to those three bug classes.

The aim is to produce software libraries that are as safe as Go or Rust, roughly speaking, but as fast as C, and that can be used anywhere C libraries are used. This includes very large C/C++ products, such as popular web browsers and operating systems (using that term to include desktop and mobile user interfaces, not just the kernel).

Puffs is not a general purpose programming language. While technically possible, it is unlikely that a Puffs compiler would be worth writing in Puffs.

The std/gif/decode_lzw.puffs file is a good example. See the "Poking Around" section below for more guidance.

For example, making this one-line edit to the GIF codec leads to a compile time error. puffs gen fails to generate the C code, i.e. fails to compile (transpile) the Puffs code to C code:

Parsing untrusted data, such as images downloaded from across the web, have a long history of security vulnerabilities. As of 2017, libpng is over 18 years old, and the PNG specification is dated 2003, but that well examined C library is still getting CVE's published in 2017.

Sandboxing and fuzzing can mitigate the danger, but they are reactions to C's fundamental unsafety. Newer programming languages remove entire classes of potential security bugs. Buffer overflows and null pointer dereferences are amongst the most well known.

Less well known are integer overflow bugs. Offset-length pairs, defining a sub-section of a file, are seen in many file formats, such as OpenType fonts and PDF documents. A conscientious C programmer might think to check that a section of a file or a buffer is within bounds by writing if (offset + length < end) before processing that section, but that addition can silently overflow, and a maliciously crafted file might bypass the check.

A variation on this theme is where offset is a pointer, exemplified by capnproto's CVE-2017-7892 and another example. For a pointer-typed offset, witnessing such a vulnerability can depend on both the malicious input itself and the addresses of the memory the software used to process that input. Those addresses can vary from run to run and from system to system, e.g. 32-bit versus 64-bit systems and whether dynamically allocated memory can have sufficiently high address values, and that variability makes it harder to reproduce and to catch such subtle bugs from fuzzing.

Even if overflow is checked, it is usually checked at run time. Similarly, modern languages do their bounds checking at run time. An expression like a[i] is really if ((0 <= i) && (i < a.length)) { use a[i] } else { throw }, in mangled pseudo-code. Compilers for these languages can often eliminate many of these bounds checks, e.g. if i is an iterator index, but not always all of them.

The run time cost is small, measured in nanoseconds. But if an image decoding library has to eat this cost per pixel, and you have a megapixel image, then nanoseconds become milliseconds, and milliseconds can matter.

In comparison, in Puffs, all bounds checks and arithmetic overflow checks happen at compile time, with zero run time overhead.

Puffs code (that is proved safe via explicit assertions) is compiled to C code (with those assertions removed) - it is transpiled. If you are a C/C++ programmer and just want to use the C edition of the Puffs standard library, then clone the repository and look at the files in the gen/c and gen/h directories. No other software tools are required and there are no library dependencies, other than C standard library concepts like <stdint.h>'s uint32_t type and <string.h>'s memset function.

If your C/C++ project is large, you might want both the .c files (adding each to your build system) and the .h files. If your C/C++ project is small, you might only need the .c files, not the .h files, as the .c files are designed to be a drop-in library. For example, if you want a GIF decoder, you only need gif.c. See TODO for an example. More complicated decoders might require multiple .c files - multiple modules. For example, the PNG codec (TODO) requires the flate codec, but they are separate files, since HTTP can use also flate compression (also known as gzip or zlib, roughly speaking) without necessarily processing PNG images.

Getting Deeper
If you want to modify the Puffs standard library, or compile your own Puffs code, you will need to do a little more work, and will have to install at least the Go toolchain in order to build the Puffs tools. To run the test suite, you might also have to install C compilers like clang and gcc, as well as C libraries (and their .h files) like libjpeg and libpng, as some tests compare that Puffs produces exactly the same output as these other libraries.

Running go get -v github.com/google/puffs/cmd/... will download and install the Puffs tools. Change get to install to re-install those programs without downloading, e.g. after you've modified their source code, or after a manually issued git pull. The Puffs tools that you'll most often use are puffsfmt (analogous to clang-format, gofmt or rustfmt) and puffs (roughly analogous to make, go or cargo).

You should now be able to run puffs test. If all goes well, you should see some output containing the word "PASS" multiple times.

Feel free to edit the std/gif/decode_lzw.puffs file, which implements the GIF LZW decoder. After editing, run puffs gen std/gif or puffs test std/gif to re-generate the C edition of the Puffs standard library's GIF codec, and optionally run its tests.

Try deleting an assert statement and re-running puffs gen. The result should be syntactically valid, but a compile error, as some bounds checks can no longer be proven.

Find the line var bits u32, which declares the bits variable and initializes it to zero. Try adding bits -= 1 on a new line of code after it. Again, puffs gen should fail, as the computation can underflow.

Similarly, replacing the line var n_bits u32 with var n_bits u32 = 10 should fail, as an n_bits < 8 assertion, a pre-condition, a few lines further down again cannot be proven.

Try adding assert false at various places, which should obviously fail, but should also cause puffs gen to print what facts the compiler can prove at that point. This can be useful when debugging why Puffs can't prove something you think it should be able to.

If you've changed any of the libraries (i.e. changed any .puffs code), run puffs test or, ideally, puffs test -mimic to also check that Puffs' output mimics (i.e. exactly matches) other libraries' output, such as giflib for GIF, libpng for PNG, etc.

If your library change is an optimization, run puffs bench or puffs bench -mimic both before and after your change to quantify the improvement. The mimic benchmark numbers should't change if you're only changing .puffs code, but seeing zero change in those numbers is a sanity check on any unrelated system variance, such as software updates or virus checkers running in the background.

For a guide on how various things work together, the "99ff8e2 Let fields have default values" commit is an example of adding new Puffs syntax and threading that all the way through to C code generation and testing.