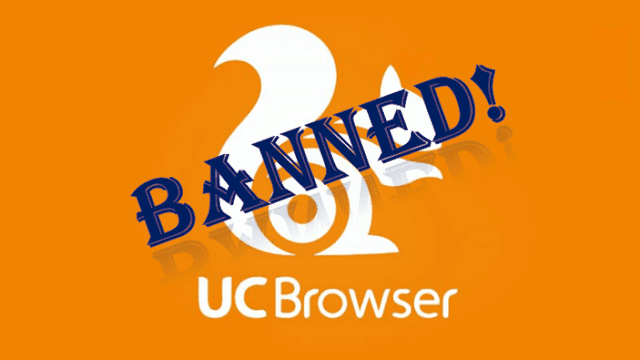 According to report, UC Browser was under government surveillance in August 2017 for leaking personal data and location of its Indian users to a remote server in China. Alibaba was accused by a Canadian technology research group of paying $1 Billion for leaking sensitive user data.

UCweb has given statement to Mobigyaan,

“The reason for the removal has nothing to do with alleged data security breach or malicious promotion,” said UCWeb. “We would like to state that we have no records of anyone named ‘Mike Ross’ claiming to be working for UC Browser, as mentioned in some reports. The person claiming to be working for UC Browser is in no way associated with the firm nor represent the views of the company. The allegations of misleading and malicious promotions by the said person are completely false and baseless.”

According to the statement of Gadgets 360,

We were informed by Google Play about temporary removal of UC Browser from the Play Store for 7 days, beginning 13 Nov 2017, under the reason that a certain setting of UC Browser is not in line with Google’s policy. We have conducted an urgent internal investigation and fixed the problem,” UCWeb said.

“The new version has been uploaded on Google Play’s Developer Console and is awaiting evaluation. We will actively cooperate with Google Play for any concern caused by this unintentional error. In the meantime, users can still download UC Browser Mini from the Play Store, an alternative version of UC Browser.”