Home » Cyber News » Security » How to Use VPNs To Get the Best Out of Blockchain
Cyber News Security
0 comments
13:39:00
Priyanshu Sahay

How to Use VPNs To Get the Best Out of Blockchain 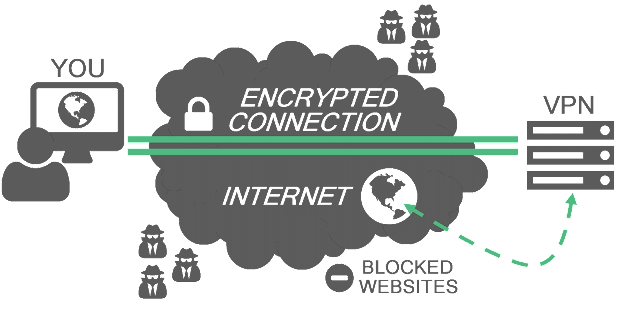 How to Use VPNs to Get the Best Out of Blockchain

In 2017, there was a surge in the use and development of blockchain technology.


Its most prominent application has been in cryptocurrencies: in 11 months, the price of Bitcoin rose from $1,000 to $20,000, while other popular cryptocurrencies saw even more rapid increases.

While blockchain technology shows a lot of promise, its current applications face a number of technological and societal obstacles. Its potential for transaction privacy still has a few gaps to be filled and varying regulations around the world mean that blockchain is not as universally accessible as it could be.

Fortunately, these difficulties can be mitigated through the use of virtual private networks (VPNs). VPNs can improve the privacy, security, and degree of control that people have in their blockchain use.


Many people are drawn to blockchain, especially cryptocurrencies, because they allow users to avoid the tight scrutiny that often comes with financial transactions. Without need for a regulatory body, cryptocurrencies provide users with a reassuring a degree of privacy.

It should be noted, though that, cryptocurrency transactions are not anonymous.

Blockchain transactions are essentially publicly available, since all transactions are stored across blocks maintained by all users.What provides users privacy is the fact that transactions record digital addresses instead of names. It’s more pseudonymous than anonymous.

If another party were to link some user’s information to a specific transaction, they could effectively “unmask” a user’s pseudonym, gaining information on that user’s other transactions and potentially other data besides. Because transaction data posted to blockchain nodes aren’t encrypted, this poses a significant security risk if left unaddressed.

Fortunately, because VPNs encrypt all data in your online communications, they can greatly reduce the risk of external parties capturing your user data. They also allow you to conceal your IP address, which would prevent others from linking this to your cryptocurrency addresses or transaction history. Pairing a VPN’s ability to switch IP addresses and encrypt data with blockchain’s resistance to surveillance grants a higher level of security than either one alone would normally achieve.


Some other basic steps to improving security when using blockchain are:

● Use a new one each time you receive a payment or use different wallets for different kinds of payments.

● Don’t post payment addresses publicly. If you transfer funds from a public address to any others, they’ll be linked by transaction history.

The sudden expansion of the cryptocurrency market has been met by both enthusiasm and caution. Those skeptical of the boom warn that it is a bubble soon to burst. Governments and regulators are rightly wary that cryptocurrencies can be used for money laundering and fraud.

Because of these, many countries have put blockchain regulations in place and these can vary widely among regions, countries and states. Many of them rely on geoIP bans, also called geo-blocking, to enforce these regulations.

Because VPNs allow users to change their IP address, they can also be used to bypass geoIP bans on blockchain opportunities by selecting an IP address registered under a region that isn’t blocked. So for instance, a user whose home address is banned could use an IP address registered in a region that isn’t banned; or, alternatively, a user travelling to a region with blockchain regulations could use a VPN to effectively connect through their home region.

While some sites use VPN detection software, it is possible to circumvent this as well. One can take a polyserver approach, for example, alternating between lower-profile VPN services or changing to different server IPs within the same provider. Cycling your IP address regularly helps bypass VPN detection.

Blockchain shows a lot of promise, inside and outside the realm of cryptocurrency. But while it remains in its fairly early stages and in the midst of uneven regulatory environments, users would do well to take measures into their own hands in ensuring the security and stability of their use of blockchain.
Labels: Cyber News, Security
Share This To :
Newer Post Older Post