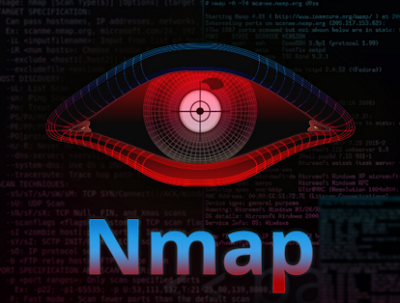 It includes hundreds of new OS and service fingerprints, 9 new NSE scripts (for a total of 588), a much-improved version of our Npcap windows packet capturing library/driver, and service detection improvements to make -sV faster and more accurate.

And those are just a few of the dozens of improvements described below.

Nmap 7.70 source code and binary packages for Linux, Windows, and Mac are available for free

If you find any bugs in this release, please let us know on the Nmap Dev list or bug tracker as described at https://nmap.org/book/man-bugs.html.

Here is the full list of significant changes in NMAP:

• [Windows] We made a ton of improvements to our Npcap Windows packet capturing library (https://nmap.org/npcap/) for greater performance and stability, as well as smoother installer and better 802.11 raw framecapturing support. Nmap 7.70 updates the bundled Npcap from version 0.93 to 0.99-r2, including all these changes from the last seven Npcap releases:
https://nmap.org/npcap/changelog

• Integrated all of your service/version detection fingerprints submitted from March 2017 to August 2017 (728 of them). The signature count went up 1.02% to 11,672, including 26 new softmatches.  We now detect 1224 protocols from filenet-pch, lscp, and netassistant to sharp-remote, urbackup, and watchguard.  We will try to integrate the remaining submissions in the next release.

• Integrated all 33 of your IPv6 OS fingerprint submissions from September 2016 to August 2017. New groups for OpenBSD 6.0 and FreeBSD 11.0 were added, as well as strengthened groups for Linux and OS X.

• Added the --resolve-all option to resolve and scan all IP addresses of a host.  This essentially replaces the resolveall NSE script. [Daniel Miller]

• [NSE][SECURITY] Nmap developer nnposter found a security flaw (directory traversal vulnerability) in the way the non-default http-fetch script sanitized URLs. If a user manualy ran this NSE script against a malicious web server, the server could potentially (depending on NSE arguments used) cause files to be saved outside the intended destination directory. Existing files couldn't be overwritten.  We fixed http-fetch, audited our other scripts to ensure they didn't make this mistake, and updated the httpspider library API to protect against this by default. [nnposter, Daniel Miller]

• [NSE] Added 9 NSE scripts, from 8 authors, bringing the total up to 588! They are all listed at https://nmap.org/nsedoc/, and the summaries are below:

• [GH#978] Fixed Nsock on Windows giving errors when selecting on STDIN.
This was causing Ncat 7.60 in connect mode to quit with error: libnsock select_loop(): nsock_loop error 10038: An operation was attempted on something that is not a socket.  [nnposter]

• [Ncat][GH#197][GH#1049] Fix --ssl connections from dropping on renegotiation, the same issue that was partially fixed for server mode in [GH#773]. Reported on Windows with -e by pkreuzt and vinod272. [Daniel
Miller]

• [NSE][GH#1062][GH#1149] Some changes to brute.lua to better handle misbehaving or rate-limiting services. Most significantly, brute.killstagnated now defaults to true. Thanks to xp3s and Adamtimtim for reporing infinite loops and proposing changes.

• [NSE][GH#1114] Update bitcoin-getaddr to receive more than one response message, since the first message usually only has one address in it. [h43z]

• [NSE] memcached-info can now gather information from the UDP memcached service in addition to the TCP service. The UDP service is frequently used as a DDoS reflector and amplifier. [Daniel Miller]

• Removed deprecated and undocumented aliases for several long options that used underscores instead of hyphens, such as --max_retries. [Daniel Miller]

Perviously the probes would still be run as long as the target port number matched the probe's specification.  Together, these changes should make service/version detection faster and more accurate.  For more details on how it works, see https://nmap.org/book/vscan.html. [Daniel Miller]

• --version-all now turns off the soft match optimization, ensuring that all probes really are sent, even if there aren't any existing match lines for the softmatched service. This is slower, but gives the most comprehensive results and produces better fingerprints for submission.
[Daniel Miller]

• [Ncat][Nsock][GH#972] Remove RC4 from the list of TLS ciphers used by default, in accordance with RFC 7465. [Codarren Velvindron]

• [NSE][GH#1022] Fix a false positive condition in ipmi-cipher-zero caused by not checking the error code in responses. Implementations which return
an error are not vulnerable. [Juho Jokelainen]

• [GH#977] Changed version probe fallbacks so as to work cross protocol (TCP/UDP). This enables consolidating match lines for services where the responses on TCP and UDP are similar. [Tom Sellers]

• [NSE][GH#532] Added the zlib library for NSE so scripts can easily handle compression. This work started during GSOC 2014, so we're particularly pleased to finally integrate it! [Claudiu Perta, Daniel Miller]

• [GH#957] Fix reporting of zlib and libssh2 versions in "nmap --version". We were always reporting the version number of the included source, even when a different version was actually linked. [Pavel Zhukov]

• Add a new helper function for nmap-service-probes match lines: $I(1,">") will unpack an unsigned big-endian integer value up to 8 bytes wide from capture 1. The second option can be "<" for little-endian. [Daniel Miller]

Enjoy this new release and please do let us know if you find any problems!