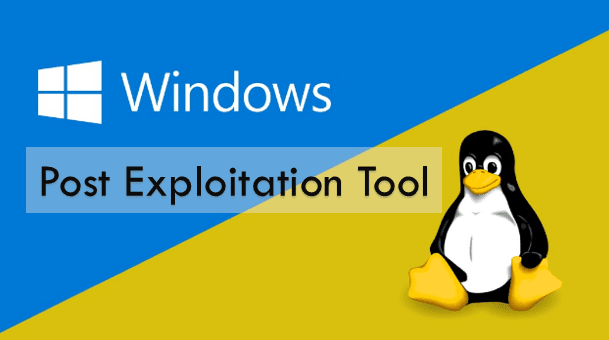 A compiled version is available here.

It will be added to the pupy project as a post exploitation module (so it will be executed in memory without touching the disk).

Except one method, this tool is only used to detect and not to exploit. If something is found, templates could be used to exploit it. To use it, just create a test.bat file located next to the service / DLL used. It should execute it once called. Depending on the Redistributable Packages installed on the target host, these binaries may not work.

All detection methods are described on the following document.

If the path contains spaces and no quotes, Windows would try to locate and execute programs in the following order:

Following this example, if "C:\" folder is writable, it would be possible to create a malicious executable binary called "Program.exe". If "binary.exe" run with high privilege, it could be a good way to escalate our privilege.

The vulnerable path runs as:

If the root directory of "binary.exe" is writable ("C:\Program Files\Some Test") and run with high privilege, it could be used to elevate our privileges.

Replace the legitimate service by our own, restart it or check how it's triggered (at reboot, when another process is started, etc.).
Most exploitation will be like that, checks for dll hijacking and try to restart the service using previous technics.


On a classic Windows installation, when DLLs are loaded by a binary, Windows would try to locate it using these following steps:

If a directory on the %PATH% variable is writable, it would be possible to realize DLL hijacking attacks. Then, the goal would be to find a service which loads a DLL not present on each of these path. This is the case of the default "IKEEXT" service which loads the inexistant "wlbsctrl.dll".

Create a malicious DLL called "wlbsctrl.dll" (use the DLL template) and add it to the writable path listed on the %PATH% variable. Start the service "IKEEXT". To start the IKEEXT service without high privilege, a technic describe on the french magazine MISC 90 explains the following method:


Create a file as following:

Use the "rasdial" binary to start the "IKEEXT" service. Even if the connection failed, the service should have been started.

Or you can try using the Ikeext-Privesc powershell script.

For French user, I recommend the article written on the MISC 90 which explain in details how it works.

This vulnerability has been corrected by Microsoft with MS16-075, however many servers are still vulnerable to this kind of attack. I have been inspired from the C++ POC available here


Here are some explaination (not in details):

BeRoot realize this exploitation, change the "-c" option to execute custom command on the vulnerable host.

AlwaysInstallElevated is a setting that allows non-privileged users the ability to run Microsoft Windows Installer Package Files (MSI) with elevated (SYSTEM) permissions. To allow it, two registry entries have to be set to 1:

create a malicious msi binary and execute it.

This file contains all the configuration settings that were set during the installation process, some of which can include the configuration of local accounts including Administrator accounts. These files are available on these following path:

Open the unattend.xml file to check if passwords are present on it. Should looks like:

Other tests are realized to check if it's possible to:

BeRoot is a post exploitation tool to check common misconfigurations on Linux and Mac OS to find a way to escalate our privilege.

To understand privilege escalation on these systems, you should understand at least two main notions: LOLBins (this name has been given for Windows binaries but it should be correct to use it for Linux as well) and Wildcards.
This Readme explains all technics implemented by BeRoot to better understand how to exploit it.

LOLBins could be used to gain root privilege on a system. These binaries allow a user to execute arbitrary code on the host, so imagine you could have access to one of them with sudo privilege (suid binary or if it's allowed on the sudoers file), you should be able to execute system command as root.

Note: If you have more binary example, do not hesitate to open an issue explaining the technic and I will add it on the list.

Having sudo access on these binaries do not mean you could always manage to execute commands on the system. For example, using the mount binary with a limited user could give you the following well known error, if it's well configured:

mount: only root can use "--options" option

If you have never heard about Unix wildcards, I suggest you read this very well explained article. Using wildcards could lead into code execution if this one is not well called.

For our example, we want to get a shell ("sh") using the tar command to execute code on the server. As explained on the LOLBin section, we could get it doing:

We consider a test file which is used to realize an archive of all files present on the directory.

Here are the steps to exploit this bad configuration:
save file using tar arguments as file names:
Once created, this is what you will find:

If this file is executed as root (from cron table, from sudoers, etc.), you should gain root access on the system.

Thus, using a tool to detect these misconfigurations is very difficult. A manually analyse should be done to check if it's a false positive or not.

Lots of file are run with high permissions on the system (e.g cron files, services, etc.). Here is an example of intersting directories and files:

Here are the tests done by BeRoot:

SUID (Set owner User ID up on execution) is a special type of file permissions given to a file. SUID is defined as giving temporary permissions to a user to run a program/file with the permissions of the file owner rather that the user who runs it. So if suid file is owned by root, you should execute it using root privilege.

BeRoot prints all suid files because a manually analyse should be done on each binary. However, it realizes some actions:
To analyse manually, checking for .so files loaded from a writable path should be a great idea (this check has not been implemented on BeRoot):

If no_root_squash appears in /etc/exports, privilege escalation may be done. More information can be found here.

If LD_PRELOAD is explicitly defined on sudoers file, it could be used to elevate our privilege. \

If you have a binary that you could launch with sudo and NOPASSWD, launch it with LD_PRELOAD pointing to your shared object:

Most of privilege escalations on Linux servers are done using bad sudo configurations. This configuration can be seen in /etc/sudoers file.
To better understand the BeRoot workflow, you should have an idea on how a sudoers line is composed.

Here is an example using aliases.

So users "admin", "user" and "root" could execute "service", "iptables" and "file.py" without password needed (thanks to NOPASSWD):

So BeRoot will analyse all rules:

if it affects our user or our user's group: