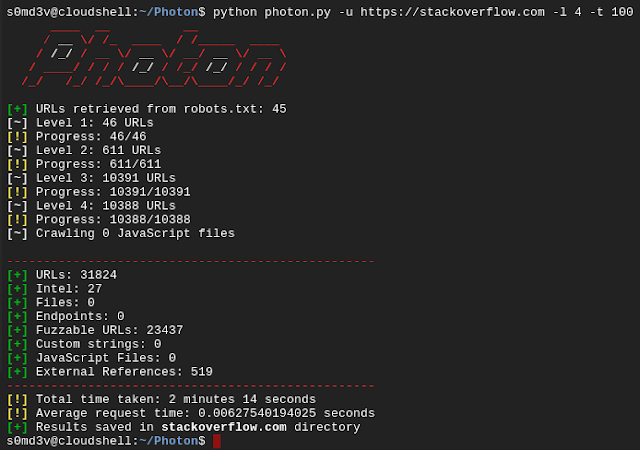 Photon extracts the following data while crawling by default:

The extracted information is saved in an organized manner.

Here's a secret, most of the tools floating on the internet aren't properly multi-threaded even if they are supposed to. They either supply a list of items to threads which results in multiple threads accessing the same item or they simply put a thread lock and end up rendering multi-threading useless.

But Photon is different or should I say "genius"? Take a look at this and decide yourself.

In Ninja Mode, 3 online services are used to make requests to the target on your behalf.

So basically, now you have 4 clients making requests to the same server simultaneously which gives you a speed boost if you have a slow connection, minimizes the risk of connection reset as well as delays requests from a single client.

Here's a comparison generated by Quark where the lines represent threads: 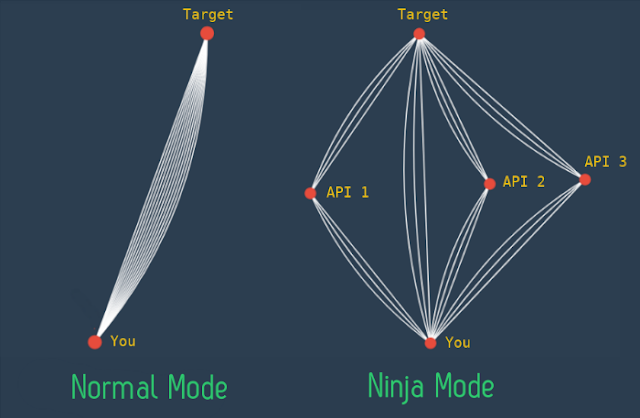 Photon's capabilites can be further extended by using plugins.

The project is under heavy development and updates for fixing bugs. optimizing performance & new features are being rolled everyday.

If you would like to see features and issues that are being worked on, you can do that on Development project board.

Updates can be installed & checked for with the --update option. Photon has seamless update capabilities which means you can update Photon without losing any of your saved data.