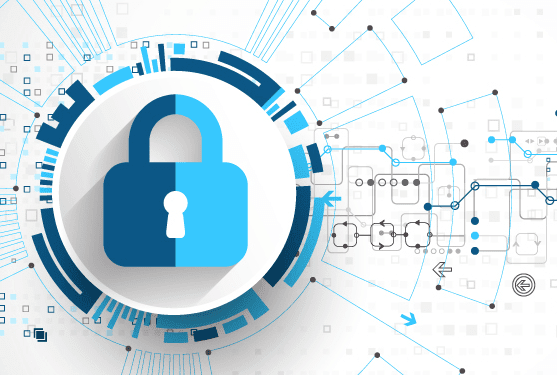 Beagle is an incident response and digital forensics tool which transforms security logs and data into graphs.


Beagle Supported data sources include FireEye HX Triages, Windows EVTX files, SysMon logs and Raw Windows memory images. The resulting Graphs can be sent to graph databases such as Neo4J or DGraph, or they can be kept locally as Python NetworkX objects.

Beagle can be used directly as a python library, or through a provided web interface.

The library can be used either as a sequence of functional calls.

Or by strictly calling each intermediate step of the data source to graph process.

# Transformers take a datasource, and transform each event
# into a tuple of one or more nodes.
>>> transformer = SysmonTransformer(datasource=datasource)
>>> nodes = transformer.run()

Graphs are centered around the activity of individual processes, and are meant primary to help analysts investigate activity on hosts, not between them.

Beagle is available as a docker file:

It is also available as library.

Complete overview of each configuration entry

Any entry in the configuration file can be modified using environment variables that follow the following format; BEAGLE__{SECTION}__{KEY}.

For example, in order to change the VirusTotal API Key used when using the docker image, you would use -e parameter and set the BEAGLE__VIRUSTOTAL__API_KEY variable:

Beagle's docker image comes with a web interface that wraps around the process of both transforming data into graphs, as well as using them to investigate data.

The upload form wraps around the graph creation process, and automatically uses NetworkX as the backend. Depending on the parameters required by the data source, the form will either prompt for a file upload, or text input.

Any graph created is stored locally in the folder defined under the dir key from the storage section in the configuration. This can be modified by setting the BEAGLE__STORAGE__DIR environment variable.

Optionally, a comment can be added to any graph to better help describe it.

Each data source will automatically extract metadata from the provided parameter. The metadata and comment are visible later on when viewing the existing graphs of the data source.

Clicking on a data source on the sidebar renders a table of all parsed graphs for that data source.

Viewing a graph in Beagle provides a web interface that allows analysts to quickly pivot around an incident.

The interface is split into two main parts, the left part which contains various perspectives of the graph (Graph, Tree, Table, etc), and the right part which allows you to filter nodes and edges by type, search for nodes, and expand a nodes properties. It also allows you to undo and redo operations you perform on the graph.

Any element in the graph that has a divider above it is collapsible:

Nodes in the graph display the first 15 characters of their a specific field. For example, for a process node, this will be the process name.

A single click on a node or edge will focus that node and display its information in the "Node Info" panel on the right sidebar.

Focusing on a Node

Focusing on an Edge

A double click on a node will pull in any neighbouring nodes. A neighbouring node is any node connected to the clicked on node by an edge. If there are no neighbors to be pulled in, no change will be seen in the graph.

A long single click on a node will hide it from the graph, as well as any edges that depend on it.

Right clicking on a node exposes a context menu that allows you to run graph mutators. Mutators are functions which take the graph state, and return a new state.

1. Backtracking a node: Find the sequence of nodes and edges that led to the creation of this node.

2. Expanding all descendants: From the current node, show every node that has this node as an ancestor.

Backtracking a node is extremely useful, and is similar to doing a root cause infection in log files.

Expanding a node's descendants allows you to immediately view everything that happened because of this node. This action reveals the subgraph rooted at the select node.

Sometimes, a Node or Edge might not be relevant to the current incident, you can toggle edge and node types on and off. As soon as the type is toggled, the nodes or edges of that type are removed from the visible graph.

Toggling a node type off prevents that node type to be used when using mutators, or when pulling in neighbours.

Any action in the graph is immediately reversable! Using the undo/redo buttons you can revert any action you perform. The reset button sets the graph state to when it loaded, saving you a refresh.

As you change the graphs current state using the above action, you might also want to view the current set of visible node and edges in a different perspective. The tabs at the top of the graph screen allow you to transform the data into a variety of views:

Each of the perspectives supports focusing on nodes by clicking on them.


The Python package can be installed via pip:

Creating a graph requires chaining these together. This can be done for you using the to_graph() function.

It can also be done explicitly at each step. Using the functional calls, you can also define which Backend you wish to use for example, to send data to DGraph

# The data will be sent to the DGraph instance configured in the
# configuration file
backend = HXTriage('test.mans').to_graph(backend=DGraph)

When calling the to_graph or to_transformer methods, you can pass in any arguments to those classes:

You can also manually invoke each step in the above process, accessing the intermediary outputs

If you want to manually call each step, you will need to ensure that the Transformer class instance is compatible with the output of the provided DataSource class.

Each data source defines the list of transformers it is compatible with, and this can be accessed via the .transformers attribute:

Controlling Edge Generation
By default, edges are not condensed, that means that if a process node u writes to a file node v 5000 times, you will have 5000 edges between those nodes. Sometimes, especially when trying to visualize the data, this may overwhelm an analyst.

You can condense all 5000 edges into a single edge for that type of action (wrote in this case), by passing the backend class the consolidate_edges=True parameter,

By default, the web interface will consolidate the edges.