Hello everyone.. Today i am going to show you that how you can increase your Twitter Followers by simple script. I have already reported to Twitter about this bug. 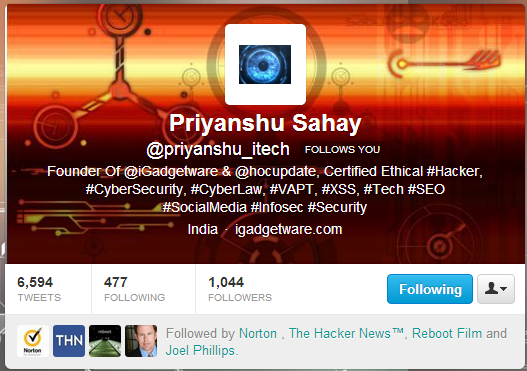 Above image shown my real followers. But after that, when i run the script in browser console then my followers automatically increase. This script is still working..

As you can see in below image:

I reported to Twitter about this bug and they replied.

Script is still working .. I hope twitter will be fixed this issue as soon as possible. Till than you can use this script :P. This bug has found by Karnesh Mehra.
Hope you enjoy this article..
Labels: Hacking Tricks, Scripts, Security, Tools, Vulnerability
Share This To :
Newer Post Older Post