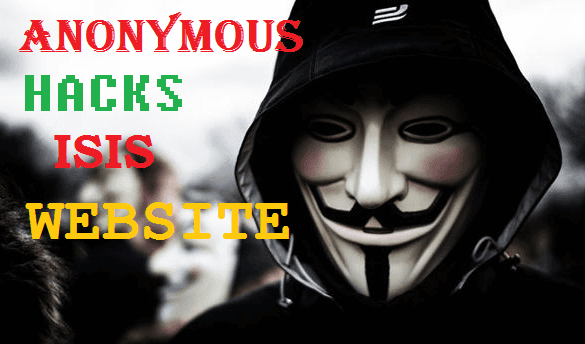 “Too Much ISIS. Enhance your calm. Too many people are into this ISIS-stuff. Please gaze upon this lovely ad so we can upgrade our infrastructure to give you ISIS content you all so desperately crave.”

ISIS; we will hunt you, Take down your sites, Accounts, Emails, and expose you...From now on, no safe place for you online...You will be treated like a virus, and we are the cure,' warn on the same post on Pastebin, before warning hackers that some accounts may be put back up by Twitter.

According to Dailymail
Anonymous have also announced their newest addition to their anti-ISIS campaign is the so-called Rickroll, a classic trolling joke, which links followers to Rick Astley's 1980 hit song Never Gonna Give You Up.

The group said it would start posting Rickroll links in the #SupportISIS hashtag, which could be used by would-be jihadists who want to learn more about the terror group.