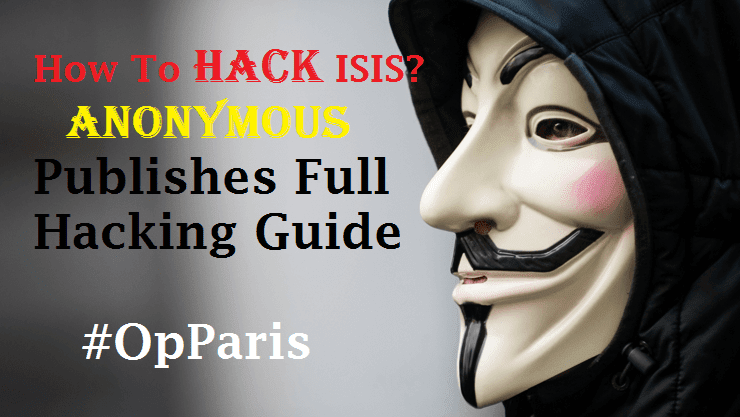 Hactivist group Anonymous claim to have taken down more than 5,500 Islamic State-affiliated Twitter accounts in response to the terror attacks on Paris.

The Hacktivist group Anonymous can guide you that how to get involved in the cyber war against ISIS. After announced cyber war ISIS calls Anonymous 'IDIOTS', but after the day Anonymous post the new Video.

Here are three guides:
1. 'Noobguide' How to hack and join CYber War
2. 'Reporter': How to set up twitter Bot to investigate ISIS-affiliated social media accounts.
3. 'Searcher': To Find ISIS Websites. 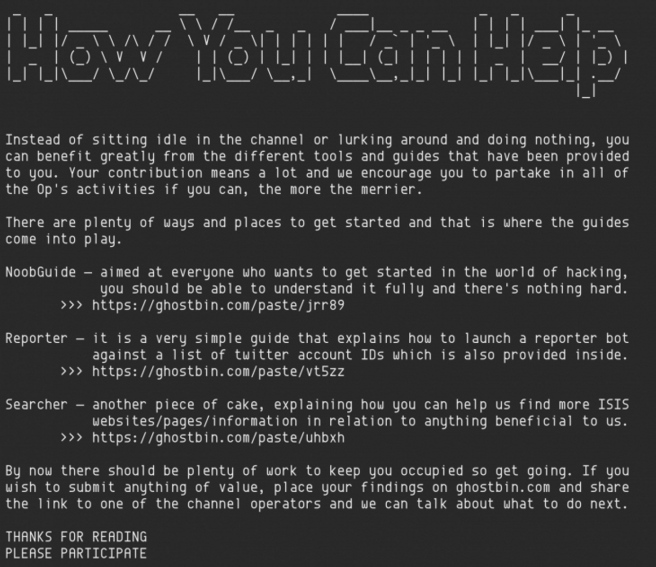 Meanwhile ISIS produced its own guide warning its supporters how to prevent being hacked by Anonymous. An ISIS-affiliated account of messaging app Telegram is alleged to have released a message instructing followers what to do to stop being hacked.

Webserver of Anonops was down today.

Yes, anonops is being attacked. May or may not be IS related, but they're probably too busy fucking sheep to attack us. We're used to it now
— #OpParis (@opparisofficial) November 18, 2015