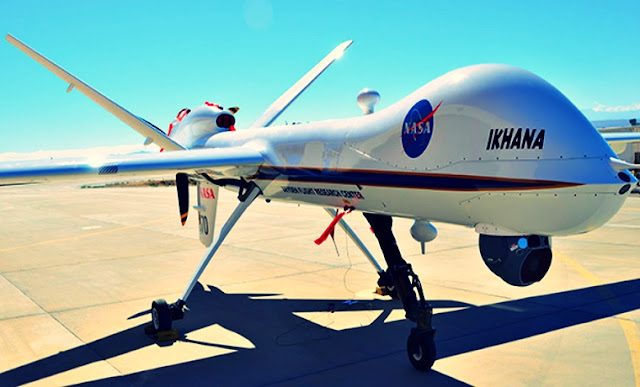 
A couple of days ago it was reported that a hacker hacked the NASA server and leaked a lot of data which became the cause of unimaginable damage to the administration.


A spokesperson said in a statement for NASA, "Control of our global hawk aircraft was not compromised."

This statement said by that hacker who leaked the confidential data of the United States largest police union. And now, he leaked the important and confidential data around of 250GB from NASA servers and it is possible after spending several months inside the internal network of NASA. You will be shocked when you know that the released the information about around 631 aircraft and radar videos with the data of 2,143 flight logs and information about at least 2,414 employees that is also included the email addresses, names and phone numbers of NASA employees.

Clarification: NASA data isn't harmful or anything. Some videos and other data I have been asked to mirror. I wouldn't attack NASA :)
— TheCthulhu (@CthulhuSec) January 30, 2016

While the data is out there for the public, a hacking group AnonSec claims they have also breached NASA using the same data.

I know you’re thinking about Anonsec, “What is this ??” Ok I’ll tell you the data around 250GB of NASA Security hacked by a hacker’s team.


And that team, calling itself Anonsec and they dumped the data on the web with an explanation of how the hack took place.

Well now NASA makes the vast majority of its research and the material public. But if hackers were able to pass the information from the space agency's systems, that's more embarrassing for NASA.

Anonsec said in their self-published paper “zine” AnonSec gave away crucial details related to the hack attack, which is now being dubbed as “OpNasaDrones.” And this article provide information about the necessary details like the motive of hacker groups behind the hacked data and so on.

The group also claims that they didn't initially invased into NASA, but they bought access to an agency computer from another hacker. But that was only a user account which finds out what they do with  network and after that, they set their work.

Following their work , they required a single user account that will be able to run on a fully patched version of Debian.

In the paper, the group also claimed that around two years ago, they purchased “initial foothold” from another hacker who had knowledge about NASA servers. After that, the team started testing the number of machines it could “break into” and “root.” Both terms are used to refer to an account having complete control over any network or computer.

And it took maximum “0.32” seconds to brake an administrator’s SSH password. That’s why hackers gained deeper access to the complex system of NASA that could acquire an extensive range of login data using a hidden packet sniffer. That become access was made easier.

In addition, the group claims that the security is very bad because it have direct information about  a $200m NASA Global Hawk drone while it was on a flight over the Pacific. You know what that drone was used for high-altitude testing.

So the team designed their directions and uploaded it into the drone with the aim of crashing the aircraft into the sea.

Then NASA said upon this statement that they had discovered the hacking of system, because as soon as the drone moved in the wrong direction according to previous flight plan then NASA controllers noticed the wrong movement of drone and took a step for manual control of the drone. After this, the hackers were locked out of the system after a network security.

And now NASA hasn't responded to requests for information on the hacking attack, but the released information shown that the details are correct.