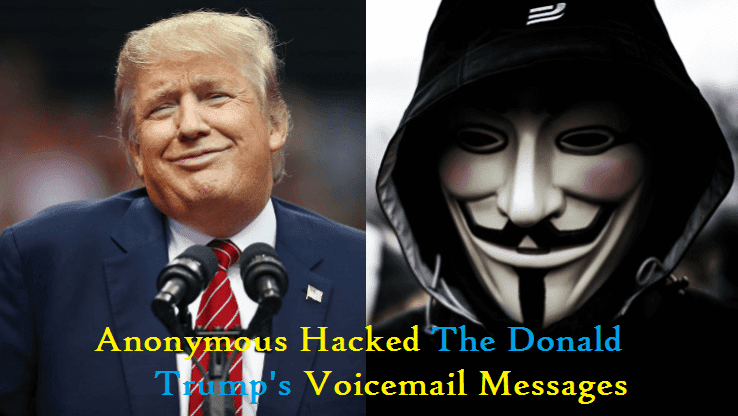 According to Gawker, In addition to those from the MSNBC personalities, there were messages from longtime Barack Obama advisor David Axelrod, New England Patriots quarterback Tom Brady, and boxing promoter Don King, all of whom spoke to Trump in a friendly and familiar manner.

Those number who are still working, the group has managed a Verizon customer support representative into resetting the voicemail's PIN. Voicemail is being access by the hackers, which contained full of messages like old, new and some of them months ago.

This message has been deleted by the hackers, and it has been recorded in the voice of Matthew Lillard. The users have redirected to a 4chan forum board (contains a lot of pornography).

All the voicemail messages sent to Gawker by hackers when the target is achieved by the hackers they sent an email to the Gawker. That email contained all the downloaded images, that was released by Gawker to the public. Among those images two are from Tamron Hall and one from Joe Scarborough and Mika Brzezinski.

According to the Gawker, those images seems to them as real and genuine. Other images appeared to be related to the following:

When the Gawker outed the number, then it found that all other messages are just prank calls. As earlier Hacktivist group Anonymous announced to declared war on Trump in December, when he called for a ban on Muslims to entering in the United States.