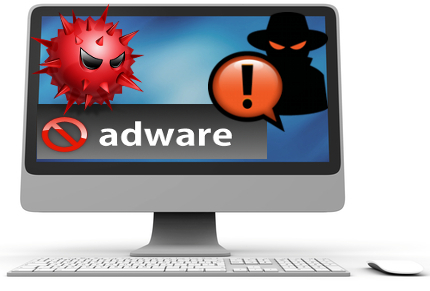 A New Adware Program Captures The Screenshot of Your Desktop As Well As It Uploads Online.

Lawrence Abrams who is a security researcher at Bleeping Computer has research upon a new kind of adware that is not content with just blowing up you with ads, and gathering the information on your system which it is also worked as secretly and not only captures a screenshot of your desktop but also upload it online.

The program comes packaged with other effectual software that is known as Faster Internet. when it is installed completely in your device, that will damaged it.

It use the Fingerprint technique, when it is installed on your device then it could record all information from PC setup of every user that is frequently used in advertising to differentiate between the various type of users.

Faster Internet gathered the information about many devices just like - motherboard, CPU, hard drives, network adapters serials, and other more.

Further this extremely personal information, the adware accurately crosses the line as well as approves the behavior of a malware when it captures a secret screenshot of your active windows of your desktop and then uploads it to an online server.

Whereas adware could be used to lift up the information which is sensitive from the users collected data.

Adware or you knew as advertising-supported software which is a package of any software that automatically renders advertisements in order to create income for its author. The advertisements may be in the user’s  crossing point of the software or it may be on a screen that is presented to the user throughout the process of installation.

The functions may be considered to examine by which Internet sites where the user visits as well as they present the significant advertising to the types of goods or services that is featured there. As well as this term is several times which is used to submit to software that present unwanted advertisements which are known as malware.

Mr. Abrams noted that "The problem is that when this program is installed, the user may have confidential documents, web sites, or programs open that will be now be included in the screenshot and uploaded to these scumbags. What if the victim had a password manager open to their online bank account, or their tax return showing their social security number and address, or private images that they do not want to be disclosed?"

Until the older versions of Windows die down as well as the Windows Store increases the more grip, users will carry on to be uncovered to adware and the intrinsic threats it brings.

As well Faster Internet, currently, Mr. Abrams also found another tricky program that is called as VNLGP Miner, which converts your computer into a Bitcoin mining bot for the benefits of an unknown attacker.
Labels: Anonymous, Cracking, Cyber News, Data Leaked, Malwares
Share This To :
Newer Post Older Post