Proper reason has still not been found how this website got hacked but it seems their DNS entries have been compromised using DNS poisoning attack.

As of Today morning, the WikiLeaks.org homepage displayed a message that read: “Hi, it’s OurMine (Security Group), don’t worry we are just testing your…. blablablab, oh wait, this is not a security test! Wikileaks, remember when you challenged us to hack you?”

“Anonymous, remember when you tried to dox us with fake information for attacking wikileaks?” the message continues. “There we go! One group beat you all! #WikileaksHack lets get it trending on twitter!”

And here is the screenshot of the message which was shown on the website when it got hacked. 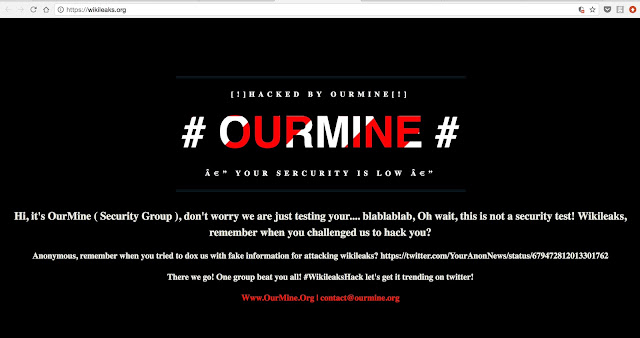