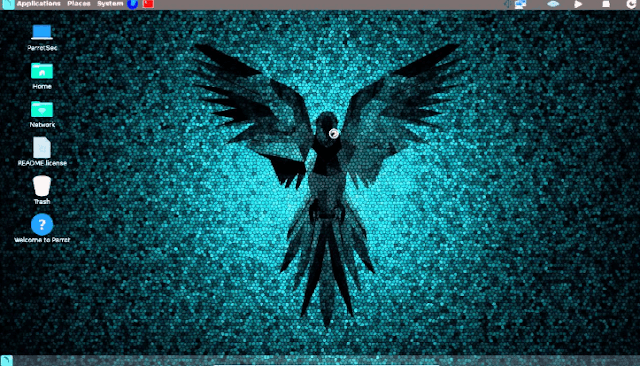 
Parrot OS using for professional tools for security testing, software development and privacy defense, all in one place. Its available as Full and Home Edition for both 32 bit and 64 bit Computers.

It includes a full portable laboratory for security and digital forensics experts, but it also includes all you need to develop your own software or protect your privacy while surfing the net.

According to its blog,
We are proud to announce the release of Parrot 3.10, the latest version of our security oriented GNU/Linux distribution.

The first big news is the introduction of a full firejail+apparmor sandboxing system to proactively protect the OS by isolating its components with the combination of different tecniques. The first experiments were already introduced in Parrot 3.9 with the inclusion of firejail, but we took almost a month of hard work to make it even better with the improvement of many profiles, the introduction of the apparmor support and enough time to make all the tests.

In Parrot 3.10 we also introduced the new Firefox 57 (Quantum) that landed on Parrot very naturally with a complete browser restyle. The release of Firefox 57 with our favorite plugins and our custom profile was possible thanks to the help of the Italian Mozilla Community, that welcomed us as members of their beautiful family.

We are a privacy-respecting GNU/Linux distribution and we will join the Mozilla Community and similar organizations in our common mission of protecting the internet and its users with privacy awareness campaigns and with resilient, free and effective self-defense tools.

The other big news is the introduction of the latest Linux 4.14 kernel, and it is a very important improvement for us because of the awesome features of this new kernel release and its improved hardware support.

All the updates that Debian introduced since the last Parrot release were tested and slowly introduced in our stable branch, and, since then, we have seen many improvements, bug-fixes and security updates that we are proud to ship with our new ISO files. We release very frequent updates to our ISO files because it is important for us to provide the latest security patches and the latest Debian packages to those users who have to use Parrot in Live Mode.

Some of our pentest tools received some important upstream updates, like metasploit-framework, that reached its 4.21 version, or maltegoce and casefile that were merged into a unique launcher provided by the new maltego 4.1.

The project encountered some difficulties with the maintenance of some tools that stopped us from working on an effective arsenal restyle and forced us to stay on our current development line, and we will soon require the help of our community to do a full restyle of our tools archive with the introduction of many useful programs that many community members wanted us to introduce.

At last, but not least, we included some lightweight but useful programs for daily tasks for our users who have parrot as their main system. We included a todo list and planner program, a personal finance management suite and a mind map designer.

We have tried to make custom flavors for other desktop environments but they were not working as expected and we decided to postpone their release for the future to take the time to make them better. Our users asked us to work on KDE Plasma, cinnamon and xfce, but we need the help of the community to develop official derivatives without flaws. Future versions of parrot would probably include a new user friendly installer too.

Here is how to upgrade the system