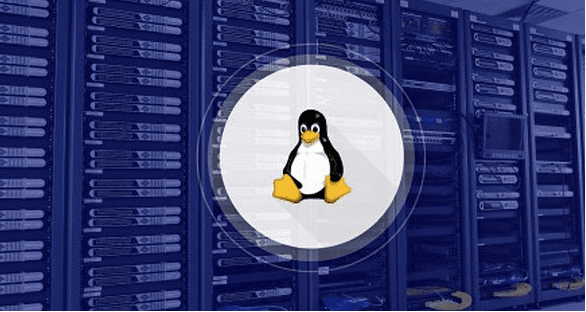 The Shoreline Firewall, more commonly known as “Shorewall”, is high-level tool for configuring Netfilter. You describe your firewall/gateway requirements using entries in a set of configuration files.

Shorewall reads those configuration files and with the help of the iptables, iptables-restore, ip and tc utilities, Shorewall configures Netfilter and the Linux networking subsystem to match your requirements.

Shorewall can be used on a dedicated firewall system, a multi-function gateway/router/server or on a standalone GNU/Linux system. Shorewall does not use Netfilter's ipchains compatibility mode and can thus take advantage of Netfilter's connection state tracking capabilities.

Shorewall is not a daemon. Once Shorewall has configured the Linux networking subsystem, its job is complete and there is no “Shorewall process” left running in your system. The /sbin/shorewall program can be used at any time to monitor the Netfilter firewall.

Shorewall is not the easiest to use of the available iptables configuration tools but I believe that it is the most flexible and powerful. So if you are looking for a simple point-and-click set-and-forget Linux firewall solution that requires a minimum of networking knowledge, I would encourage you to check out the following alternatives:


If you are looking for a Linux firewall solution that can handle complex and fast changing network environments then Shorewall is a logical choice.

The configuration files for Shorewall are contained in the directory /etc/shorewall -- for simple setups, you will only need to deal with a few of them.

Shorewall views the network where it is running as being composed of a set of zones. Zones are declared and given a type in the /etc/shorewall/zones file.

Note that Shorewall recognizes the firewall system as its own zone. The name of the zone designating the firewall itself (usually 'fw' as shown in the above file) is stored in the shell variable $FW which may be used throughout the Shorewall configuration to refer to the firewall zone.

The simplest way to define the hosts in a zone is to associate the zone with a network interface using the /etc/shorewall/interfaces file. In the three-interface sample, the three zones are defined using that file as follows:

Connection request logging may be specified as part of a policy and it is conventional (and highly recommended) to log DROP and REJECT policies.

Default actions are used primarily to discard certain packets silently so that they don't clutter up your log.

The /etc/shorewall/policy file included with the three-interface sample has the following policies:

In the three-interface sample, the line below is included but commented out. If you want your firewall system to have full access to servers on the Internet, uncomment that line.

The above policies will:

A word about Shorewall logging is in order. Shorewall does not have direct control over where its messages are logged; that is determined by the configuration of the logging daemon (syslog, rsyslog, syslog-ng, ulogd, etc.).

The LOGFILE setting in /etc/shorewall/shorewall.conf tells Shorewall where to find the log; it doesn't determine where messages are logged. See the Shorewall logging article for more information.

To illustrate how rules provide exceptions to policies, suppose that you have the polices listed above but you want to be able to connect to your firewall from the Internet using Secure Shell (SSH). Recall that SSH connects using TCP port 22. You would add the following rule to /etc/shorewall/rules:

So although you have a policy of ignoring all connection attempts from the net zone (from the Internet), the above exception to that policy allows you to connect to the SSH server running on your firewall.

Because Shorewall makes no assumptions about what traffic you want accepted, there are certain rules (exceptions) that need to be added to almost any configuration.

The QuickStart guides point to pre-populated files for use in common setups and the Shorewall Setup Guide shows you examples for use with other more complex setups.

Again, to keep your firewall log from filling up with useless noise, Shorewall provides common actions that silently discard or reject such noise before it can be logged. As with everything in Shorewall, you can alter the behavior of these common actions (or do away with them entirely) as you see fit.

1. Shorewall-core. All of the other packages depend on this one.

2. Shorewall. This package must be installed on at least one system in your network. It contains everything needed to create an IPv4 firewall.

3. Shorewall6. This package requires the Shorewall package and adds those components needed to create an IPv6 firewall.

6. Shorewall-init. May be installed with any of the other firewall packages. Allows the firewall to be closed prior to bringing up network interfaces. It can also react to interface up/down events.